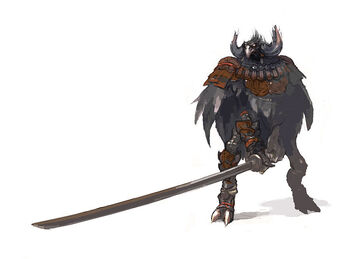 The Yagudo Theomilitary is the name of the military force operating out of Castle Oztroja, a sect of fanatical beastmen. This chapter of implacable Yagudo blademasters have traveled to Castle Oztroja from the Far East with the permission of Tzee Xicu the Manifest, wielding massive nodachi in their role as bodyguards and sentries.

During the Crystal War, the Theomilitary were pressed into service in the Shadow Lord's armies. They actively engaged in campaigns on the Mindartia theater, with many powerful and deadly commanders leading their forces.