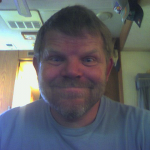 Just coming back after a forced 5+ month game down, I had gotten all 20 jobs, but my xbox360 stopped reading disks again, and it took me 5 months to get to a place I could play again.I've been playing FFXI for over 2 years and in that time, I've learned that no one seems to care about the story, but play for the party play of the game. I for one would like to know the story and why I'm doing the quests/missions to do other things then just level every job in the game. When I started the game, I liked war, and whm, it wasn't until I had leveled whm to lv.24 (SOLO BY THE WAY) I found that a war/whm is considered a ghetto PLD, but I wonder how that is, when PLD doesn't get half the spells whm has, and PLD's don't carry great axes or hand axes either.

War58(trying to take to 75. need AF armor)sam+drg41/whm+nin40/dnc37/thf36/mnk+blm35/pld22/smn20/drk19/blu+rdm+bst18/rng+brd17(need to get key items for pup/cor jobs, and not sure I even want to try sch. I have come to see why party is such a fun part of this game. I can and have played most jobs in party, yet soloed all to lv.15 before ever partying any job. THe game is more fun the higher your job is, but you can't solo to those hights alone, not even with war/whm, war/dnc, Sam/dnc, or many others, maybe bst but I don't know enough of the game or understand the job, at lv18 my mobs keep killing me before it kills the mob I sicked it on. Because it will take forever to level jobs past 20 solo, only job I did party with below 18 was blm. With Level Sync I'm now playing jobs below levels I would not have partied with before it. There's so much to this game, that at times (because I don't have real life friends, let alone ones that play this) I'm considering giving up getting a lv75, let alone try getting my LS "Ben'd Party Elite" an LS for party training and helping each other with BCNM's, quests & missions. Heck I was even hoping to make farming parties, with non-standard job combos and doing things just for the fun of it. But far to many ppl take this game to seriously, and I've seen that even mentors don't help you, unless there's something in it for them. I'm not going to stop helping for no reason, but I ain't going out of my way to help anyone, for those that I have helped, only a few very few have actaully returned the favor. --Bendaire 18:25, 6 August 2009 (UTC)

Retrieved from "https://ffxiclopedia.fandom.com/wiki/User:Warebear37?oldid=1200432"
Community content is available under CC-BY-SA unless otherwise noted.