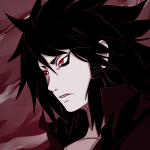 In Greek mythology, Thanatos (in Greek, Θάνατος—"Death") was the daemon personification of death. He was a minor figure in Greek mythology, often referred to but rarely appearing in person. His name is transliterated in Latin as Thanatus, but his equivalent in Roman mythology is Mors or Letus/Letum, and he is sometimes identified erroneously with Orcus (Orcus himself had a Greek equivalent in the form of Horkos, God of the Oath). Thánatos is a son of Nyx (Night) and Erebos (Darkness) and twin of Hypnos (Sleep).

Retrieved from "https://ffxiclopedia.fandom.com/wiki/User:Thannatos?oldid=1563508"
Community content is available under CC-BY-SA unless otherwise noted.