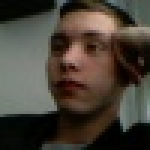 This is a story in itself. When I first started playing FFXI (NA PS2 release) I went by the name of Godko on the Diabolos server. It was after I while that I found out that a friend of mine I chatted on Yahoo with played the game as well. He managed to get me a world pass (yes, old times) to go from Diabolos to Asura where I've been since.

I came up with the name Demonicpagan from watching TNT's show, Charmed. I liked the idea of combining good and evil. Demonic (bad) and pagan (good). I felt this worked well with my job of choice, red mage, being that I could cast both white and dark magic. So that's how Demonicpagan came to be.

As of this writing, my playtime consists of 297 days, 13 hours, 58 minutes and 53 seconds. Of course this would include me not ever turning off my PS2 (except to transport it to work or taking time off). In this time, I've taken a couple breaks from the game. First break was forced as I was having internet issues and it took over three months to rectify and the most recent I just came back from due to Maat chasing me away.

As I've mentioned, Red Mage is my job of choice. I haven't really touched on any other job as you will soon see. I made it all the way to 70 just having White Mage as a sub job.

Before my second break I got Black Mage up to 21 and will eventually level it higher. Right now, my primary goal is to get Red Mage up to 75 then I think I'll concentrate on leveling Blue Mage some more. The combination of RDM/BLU or BLU/RDM fascinates me. I'll probably eventually go out on a limb and take all jobs to 75.

As of the release of the Wings of the Goddess expansion, I have unlocked both Dancer and Scholar. Scholar has been fun and exciting to level, Dancer looks to be the same, but I wouldn't be surprised if SE 'nurfs' some of it's stats.

Update 1/4/13: I have changed from being primarily Red Mage to Dancer. I have really enjoyed the job since unlocking it and taking it to level 99. I have all my Charis Attire +2 Set. My Scholar is still a close second job that I play when need be. I'm still working on +2ing all of my Savant's Attire Set. My Blue Mage and Red Mage are both level 99 and sadly, White Mage and Black Mage are still low on the level list at 68.

Other jobs that I'm focusing on at the moment are Puppetmaster and probably even taking Thief up to 99 to help my farming of materials for my crafts. Bonecraft is my craft of choice and will be taking that to cap of 110 and eventually taking all my other crafts up to 70.

I'm going to layout for you what I've obtained and have left to obtain in various areas of the game.

As I'm still laying out my user page, the templates I'm using to start with I will probably be altering as I'm picky about layers being over-lapped and hiding information.

This section will be updated as I've taken note of the maps that I have. It may or may not be up to date as there are quite a number of maps to get.

These maws are what take me to the past where I can partake in campaign battles and campaign ops. I thoroughly enjoy doing the campaign battles. My main place of battle due to the length of time between battles is Jugner Forest (S).

I'm using this section to keep track of the attachments I have obtained for my automaton, Serenade.

Storage Slips allow for me to store all the gear I have for my various jobs and activities I do while playing the game. They were added by Square-Enix to compensate for the lack of storage space players have for all the gear for their jobs, furniture for their Mog House, and seasonal activities that reward furniture and armor. I'll be using these as somewhat of a checklist as to the gear I've obtained for my various jobs and to keep track of what gear I need to take from NQ to +1, +1 to +2, or NQ to +2 (depending on the scenario).