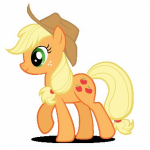 For a comprehensive list of my progressions, see User:Anobi/Sandbox

When I first joined a Sky Linkshell, I found getting around in Ru'Aun, Ve'Lugannon, and Ru'Avitau to be very confusing. There are guides and maps out there, but they all imply that the reader has some knowledge of what the zones and islands are called, or what zone leads to which monster. My objective here is to make a Sky guide for people who don't have maps and don't know where things are; a step-by-step how-to for Sky. I have tried to make things easy by providing a list of key terms for easy reference. Do know that different Linkshells may have their own terms for things, so make sure to learn the lingo of your specific shell.

First off: An Overview

There are 5 total zones in Tu'Lia, but only 3 that an endgame Sky LS like yours really cares about:

In Ru'Aun Gardens, there are 5 main islands, none of which have official names so for reference I have assigned them my own names. You zone in from the Hall of the Gods onto a tiny island, but then hop over to the first island, which I call "Kirin's Isle." Why? Well, it's the biggest, and it contains the zone that takes you to Kirin. Kirin's Isle is the first island in a circle of 5. Clockwise from left, we have Suzaku's Island (Suzaku's the guardian of the South,) Byakko's Island (Guardian of the West,) Genbu's Island (guardian of the North,) and Seiryu's Island (guardian of the East,) before ending back on Kirin's Isle. Each of these four islands contains a warp that takes you to the tiny island containing the spawn point for the god that they are named after. I.E. Genbu's island zones to Genbu's spawn point. The only god for which this system breaks down is Byakko: you can't actually get to him from the main circle, you have to go through The Shrine of Ru'Avitau. To me, this actually makes sense, since his spawn location is the only one that does not correspond with his direction: Byakko is the Western constellation, yet Suzaku's spawn point is farther West than his.

I'll add written directions to specific mobs in Le'Vugannon and Ru'Avitau later, as I actually learn how to get there myself.

Tsurara has raised 3 chocobos to date. Her first bird, named ColonelMustang, was poor in all stats upon reaching day 64, and was retired shortly thereafter. Her next bird was named VividFox, and was Substandard in Strength and Below Average in Endurance upon his retirement around day 90. Both ColonelMustang and VividFox were yellow, male chocobos. ColonelMustang was hatched from the egg recieved from the Chocobo Raising quest, and VividFox was purchased as an egg from the mithra girl in Ru'Lude Gardens.

Tsurara's most recent bird is named CrimsonStardust, a.k.a. Crim or Crimmy. He is red, and was obtained by trading two health certificates--purchased from a fellow adventurer whom I believe was called Avanent--to Finbarr.

Rhazalk is in the process of raising his first Chocobo. It was hatched from the egg received as a reward from some quest, and ended up yellow. (Surprise! ... Not.) Her name is now SparkHeart, and she started out listening to music to get her discernment up. Her temperament is easy-going, and she currently has the following stats:

She learned the ability Gallop. She has been switched to physical training with "Carry Packages," so her D and R will undoubtedly go down. With luck, she will learn another ability before that happens.

Retrieved from "https://ffxiclopedia.fandom.com/wiki/User:Anobi?oldid=1475974"
Community content is available under CC-BY-SA unless otherwise noted.