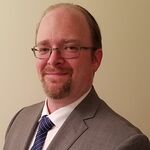 Hello, there! I'm Abbydon from Asura (formerly of Hades / Cerberus). I started on the game in 2008. I originally started out on the PC, but then I moved to a Xbox 360 Final Fantasy XIII Special Edition (white Super Elite). I quit in 2011 due to various reasons. I reactivated my entire account and moved it to Asura in September 2018 and now play on a HP ProBook with an extra ASUS monitor.

My real-life wife, Merewyn (FFXIAH), IGN: Meriwyne, also plays. She had to rename herself after the server move. Merewyn is her preferred name, but she's Meriwyne on Asura.

We mostly do things as a duo in the game, but we also team up with Linkshell members and random people for various things. We both like doing Missions and Quests, especially ones with interesting cutscenes (such as Chains of Promathia). I have created a new Linkshell, Thessia, and I hope that we are able to recruit like-minded adventurers.

My career job is WHM/SCH. However, I like playing a variety of jobs. On the other hand, Merewyn prefers to stick with damage-dealing jobs. Her career one is WAR/SAM.

For crafting, I focus on Cooking. I enjoy making a variety of things just for the fun of it -- not just hot-selling, profitable ones. For the most part, I only work on other crafts for converting base materials into more expensive ones (such as thread to cloth) or as needed for sub-craft synths.

I like making contributions to this wiki. I especially have fun working with Templates! The first public one I made is this one: Template:Chains of Promathia Custom Checklist. It has all sorts of options. You can see all of the templates I've made on my Templates page.

I've come across remarks on some pages where someone wants something accomplished, but doesn't know how. If you are one of those people, feel free to leave a message on my Talk page, and I'll gladly try to assist you.

Aside from this site, I can be found on a variety of other sites. The most notable ones are:

When I was playing on the PC back before 2011, I made some captures with Fraps. I assemble them in Sony Vegas, and then upload them to YouTube: Click here for the full playlist. Unfortunately, I could never get Fraps to capture sound, so I kept having to add my own.

I welcome feedback on any of my contributions, my user layout, or whatever else you want to chat about. You can contact me via my Talk page.

Thanks for stopping by!

Retrieved from "https://ffxiclopedia.fandom.com/wiki/User:Abbydon?oldid=1692012"
Community content is available under CC-BY-SA unless otherwise noted.