In Norse mythology, Urðr (Old Norse "fate") is one of the Norns. Along with Verðandi (possibly "happening" or "present") and Skuld (possibly "debt" or "future"), Urðr makes up a trio of Norns that are described as deciding the fates of people. Urðr is attested in stanza 20 of the Poetic Edda poem Völuspá and the Prose Edda book Gylfaginning.

Urðr is sometimes anglicised as Urd or Urth. In some English translations, her name is glossed with the Old English form of urðr; Wyrd.

Fellow pixies Verthandi and Skuld take their names from the other two Norns. These names were popularized in recent times by the on-going manga series, Aa! Megami-Sama or Oh! My Goddess as the names of the 3 Goddess sisters. 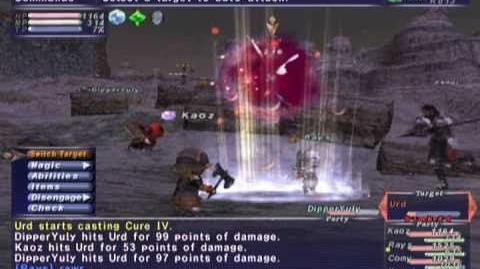