This is a guide intended to assist the aspiring summoner in succesfully soloing the Lvl. 20 avatars using the well-known and proven "3 Searing Lights" method, as written by Kenseto

Emphasize DEF or EVA. At lvl. 20, Carbuncle will cost 5 MP to summon, 40 MP to initiate Searing Light, and will completely drain your MP upon completion of Searing Light. That means that you could theoretically only go into the fight with 50 MP. Focus on increasing your defense with your equipment selection, you will have more than enough MP. Don't be concerned about the cost either. Sell the equipment back once you're done collecting all of the Avatars.

Although you may not necessarily use ALL of these items in each fight, it's always better to come over-prepared.

Assuming you have subbed WHM going into these battles, you should take the time and ensure that you have the following spells.

Prior to trading the tuning fork to the NPC and initiating the fight, take a second and try to get a tier 2 Shell/Protect from a nearby Mage. There are plenty of higher level mages running around that would be happy to help, after all, they've been in your shoes before too. Use this macro to request a buff, and don't forget to /bow and/or thank them afterwards. If you can't get a buff for some reason, don't sweat it. I beat Ramuh with just Protect.

A properly set Macrobook not only serves to organize a rat's nest of spells, items, and skills, but may prove to be the difference between life and death should it come down to a race against time. Take the time and set your macros, make life easy on yourself. Here are some possible macros that you might want to set for these battles.

Fight on the Avatar's Weak Day

Since the Avatars are elemental, it's only natural that they have a corresponding weakness. It is more dangerous to fight an avatar on it's own day, since the avatar's elemental attacks will receive an increase in potency. That said, nothing but darksday will hinder carbuncle's ability, so don't be afraid to fight any avatar on any day other than Darksday. 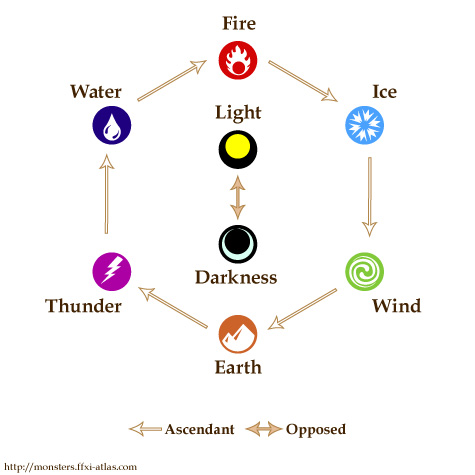 There is only one key difference between the Ramuh fight and everyone else. Once you summon Carbuncle for the first time and aggro Ramuh, he will immediately cast Thunderspark, which can paralyze both you and Carbuncle. DO NOT attempt to use Astral Flow and Searing Light while you are paralyzed, due to the fact that you can only use 3 Searing Lights, and if the first one fails due to YOUR paralysis (Carbuncle being paralyzed never prevents blood pacts), then you're screwed. So follow these steps to alleviate any headaches.

2. Avoid Paralysis from Thunderspark- If you get hit by it, let Carbuncle melee Ramuh at the nest, turn and run for the Crystal and cast Paralyna.

3. Once Carbuncle dies, recast Carbuncle and NOW you may begin your Searing Light attack. Astral Flow --> Stand next to the Avatar and Carbuncle --> Searing Light, and follow the General guideline steps until success.

Thiefcat's Guide to Level 20 Avatar Fights - All of this guide's inspiration and information came from this thread posted by Thiefcat. I simply put it into wiki format on FFxiclopedia, and cleaned it up a bit. Thanks goes to Thiefcat for helping me to beat down old man Ramuh into submission.

Retrieved from "https://ffxiclopedia.fandom.com/wiki/Trial-Size_Avatar_Guide?oldid=1720670"
Community content is available under CC-BY-SA unless otherwise noted.