The Pursuit of Paradise (Tenzen's Path)

Started by talking to Cid and selecting "Find Selh'teus"

NOTE: This guide was written at level 75 cap and before the first Pso'Xja area's level 50 cap was removed. Any amount of Item Level makes this trivial.

The Pursuit of Paradise

Enter Pso'Xja from the tower at (J-8 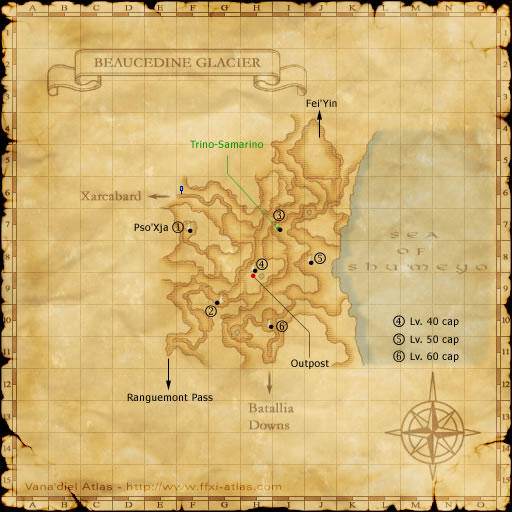 ). Fastest way to get there is via Beaucedine Glacier Unity Concord warp (level 125). Inside this tower is not a maze, but rather a gauntlet of enemies and force-spawned monsters.

In this tower you will encounter sixteen stone doors.

In order to pass through each of these doors you will either have to fight a Doll NM named Gargoyle or the door will malfunction and simply let you through without the Gargoyle spawning. The small chance that the traps will fail to spring and the door will open without a fight does not appear to be linked to the job or stats of the person opening the doors.

After defeating the Gargoyle that may appear, you must run through the stone door within a brief period of time (approximately 25 seconds). Everyone must pass through the door before it closes, or they will be have to rematch the Gargoyle (unless the trap fails).

Touching the doors that you have already passed through will warp you out of the tower.

Low-level players can easily aggro monsters in the next room by walking or casting magic near the sealed door. High-level players do not receive any aggro except from the Gargoyles.

The sixteen doors are split into four sections.

Monsters can aggro through sealed doors, and can attack and pass through them freely, but the doors do not open.

Thieves can attempt to open the doors with skeleton keys, living keys or Thief's Tools in order to avoid the traps and Gargoyle battles. Success rate seems to be 50%.

Once past the final door, take the elevator down and past the Diremite Stalkers (not aggressive).

Check the Avatar Gate for a cutscene.

You can walk to the opposite side of this circular room and turn left to get to a teleporter out to Beaucedine Glacier.

Talk to Monberaux in the Infirmary in Upper Jeuno (G-10 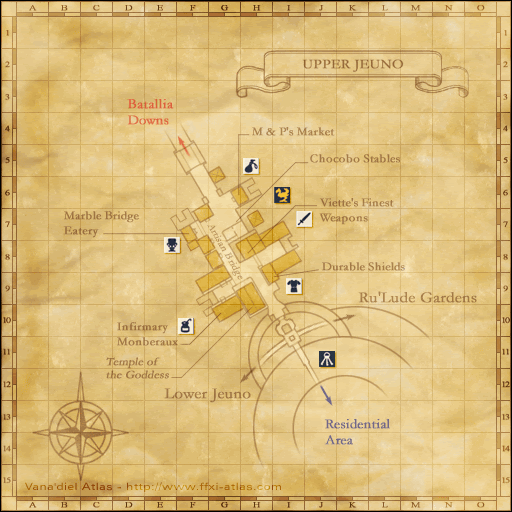 
Talk to Pherimociel in the Guard Post of the Ducal Palace, Ru'Lude Gardens (G-6 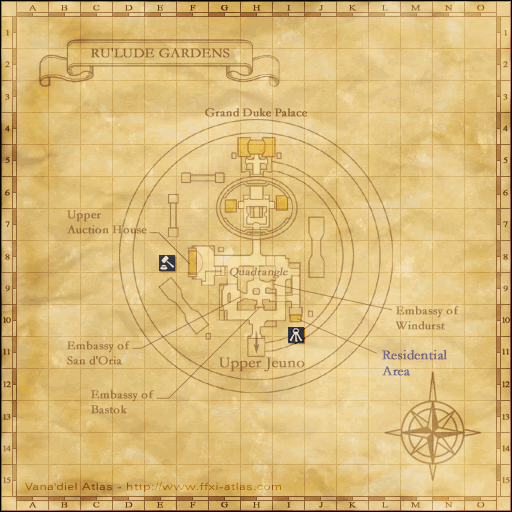 ) (Home Point #1) to get a cutscene involving Wolfgang. NOTE: You may have to talk to him twice to get the CS. Make sure you get the one with Wolfgang.

Walk out of Upper Jeuno into Batallia Downs and out through the gate in the wall. Turn left and examine the ??? at (K-9 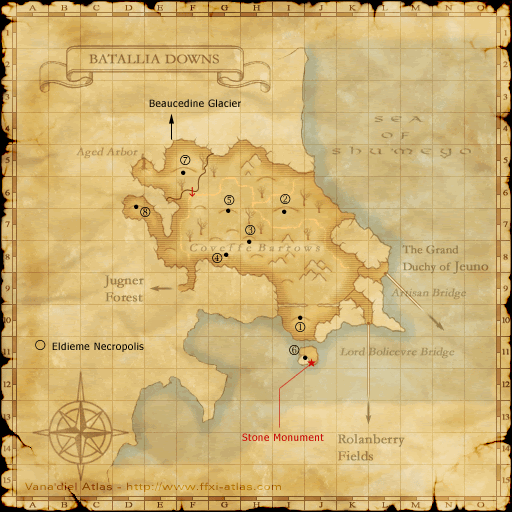 ) once for a cutscene and then a second time for a 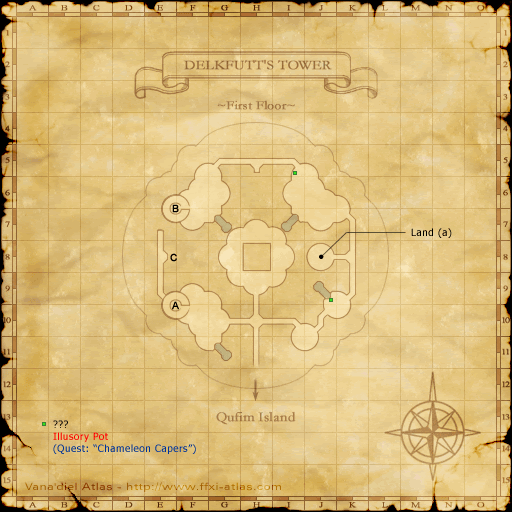 ) on the first floor. This is not the Cermet Door that leads to the basement, but rather one on the north side of the same floor.

Touch the Cermet Door to spawn the NM Disaster Idol, a doll that casts spells depending upon the elemental day.

Check the Cermet Door after the fight for a cutscene.

If you forgot to check the ??? twice in Batallia Downs it can still be done after the fight if someone else pops it, simply run back and check ??? for the second time. Now back to the Cermet gate and check it like you would after defeating the Disaster Idol and you will still receive the cutscene. Again, you need the

Delkfutt Recognition Device in order to pop the NM.

And the Compass Guides

Head back to Pso'Xja, via the tower closest to Batallia Downs at (H-10

). Fastest way to get there is via Beaucedine Glacier Unity Concord warp (level 125). Alternatively, Atmacite Refiner warps you just a tad further away, but requires White Stratum Abyssite VI. Or, if you prefer neither method, you could use a Survival Guide to Beaucedine Glacier, which near to the required tower.

After the cutscene with Tenzen, use some form of Sneak and Invisible (e.g. Spectral Jig). Fighting your way in is not advised. Diremite Assaulters, Thousand Eyes, and some Goblins will aggro level 99.

Once in Pso'Xja (Use map 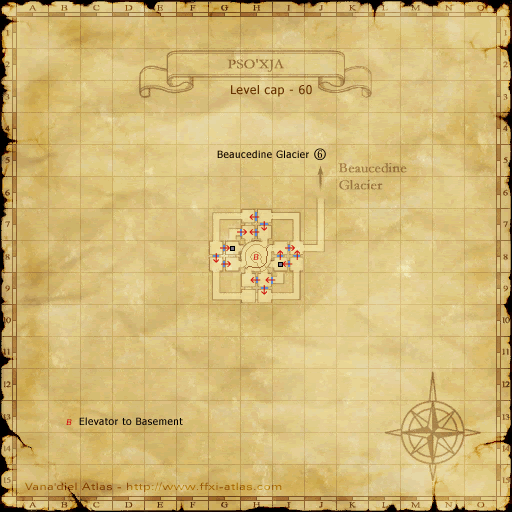 for reference.) follow the wall on your right all the way around the map until the room at (I-8

) and turn left then drop to lower level, continue south and then north towards the stairs alas, elevator.

Check the Avatar Gate for a cutscene.

Talk to Cid in Metalworks (Home Point #1) for a cutscene.

Mission Orders
Tenzen left for the La Theine Plateau to seek out the terrestrial avatar Carbuncle, and request his assistance in your battle with the Emptiness.