A Note From the Maestra

Greetings and salutations fellow adventurers, may this day fare you well! Welcome to my composition, in the making since 2005! Just to re-iterate the notice up top this is a guide, my personal view on this job and IS NOT to be considered the only way of playing. There are many ways, some I do not know of. I encourage you to find a better way, if you can. Contained in this volume should be everything you need to know on the subjects of Job Info, Role Playing, Combat, and Support. If I am missing something or something is incorrect then /shoot please let me know by _PRIVATELY_ by sending an email to valkerie@planetmobius.net. All messages are anonymous, just state your case. I WILL NOT READ THE TALK PAGE, PLEASE DO NOT USE IT.

Should any of you be on Asura and are in need of one on one time, just seek me out, I generally have nothing to do and am glad to take up your case out of the goodness of charity. You are not obligated to repay me in any way, just treat me with kindly. 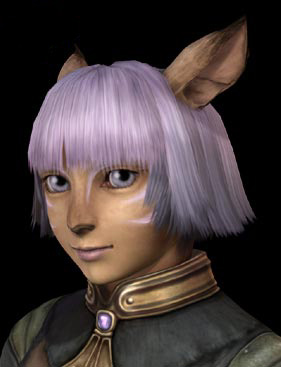 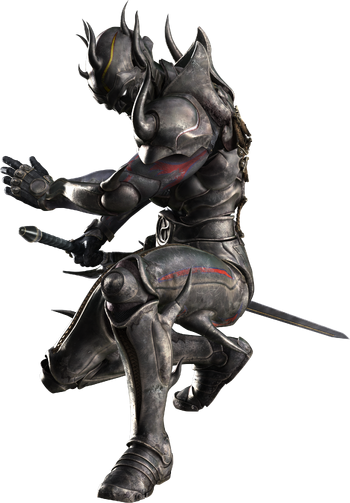 “My anger, pain and sadness—shall be your loss.” —Dark Knight

The Dark Knight is characterized by wearing tight, sometimes enclosed black armor and wielding a sword steeped in wicked powers. Their physical stats, with exception of Defense, are usually high, but their other stats depend on the game they appear in. The typical Dark Knight ability is Souleater, also known as Darkness, which allows them to sacrifice their HP to perform stronger attacks.

However, Souleater is not exclusive to the Dark Knight class. Dark Knights may also have abilities based on Blood Equipment that allows them to absorb HP and MP from enemies. The Dark Knight is opposed by the Paladin, holy knights who protect allies and wield sacred powers. Unlike many classes, Dark Knights bear a signature weapon, the Deathbringer, which has a chance to kill certain enemies in a single blow.

Leon marks the first appearance of the Dark Knight within the series. He serves as the Emperor's right-hand man until the Emperor's defeat and subsequent revival, at which point he joins the party.

The Magic Knight's appearance is nearly identical to later games' Dark Knights, and in fact they were explicitly called as such in the English version of the DS remake. They can wield dark blades, and in the NES release cast low-level White Magic. In the DS release, they instead use the Souleater ability, trademark of the Dark Knight, which damages all enemies at the cost of some of one's health.

Cecil Harvey is the primary protagonist of the game, and serves as a Dark Knight until he becomes a Paladin. Baron is also mentioned to have a battalion of Dark Knights in their army, but due to the intense training many Dark Knights fail to master the dark sword and lose their minds in the process. A reflection of Cecil's Dark Knight is fought as a boss. The King of Baron is also a dark knight.

As a Dark Knight, Cecil can use the Darkness ability to inflict damage to all enemies at the cost of some of his HP. In the DS version, Darkness doubles his attack for three turns at the cost of 10% of his maximum HP per attack.

Final Fantasy IV: The After Years

As in Final Fantasy IV, Cecil's dark side is fought as a boss. Cecil is also seen as a Dark Knight in several flashbacks.

The Dark Knight Dressphere can be obtained in Bevelle during Chapter 2, 3, and 5. The class uses skills that cause status effects, grant status immunity, and cause high damage by sacrificing HP. Their high strength is hampered by their low speed.

The Dark Knight job is awarded to the player by Zeid, a Dark Knight himself. Zeid gives the player the Chaosbringer sword, and once the player uses it to kill a hundred monsters, they are given the Dark Knight Job. In addition to their usual abilities, Dark Knights can also wield low-level Black Magic, but not nearly to the same extent as Red Mages and Scholars.

The Dark Knight is a high-level Job introduced in Final Fantasy Tactics: The War of the Lions. Here, Darkness is not an actual skill, but a set of skills with various effects. Goffard Gaffgarion was called Dark Knight in the original version, but his class' name was changed to Fell Knight in the War of the Lions remake. Argath Thadalfus is fought as a Deathknight, a stronger variation of the Fell Knight.

Grissom, the leader of the Redwings, has a job named "Dark Knight", with a sprite and abilities as a Paladin and Blue Mage as secondary job.

The Black Knight is a character clad in all black armor that fights wildly with a large black bladed spear. The story tells that he was once a great warrior and hero before going mad and losing his memories. Late in the game, it is revealed his true name is Leon Esla, a reference to the Final Fantasy IIDark Knight.

Final Fantasy: The 4 Heroes of Light

Dark Fencer is one of the crowns in Final Fantasy: The 4 Heroes of Light. Like traditional Dark Knights, Dark Fencers can sacrifice their life force to deal large amounts of damage using the Darkside ability. They also have an ability to allows them to do higher damage when their HP is low, called Eye for an Eye, and a stronger version of Darkside which attacks multiple targets, called Darkerside, and a kamikaze attack, called Amok, that allows them to repeatedly use Darkside until they have one point of health left.

Dark Knights have access to the Draw Attacks ability, as well as access to the Dark Sword ability list. Dark Sword attacks include Darkness, which deals improved physical damage for 1 MP at the cost of 25% of the user's maximum HP, Onyx Wave, which deals heavy damage to all enemies at the cost of 33% of the user's maximum HP, Curse, which inflicts Curse and Sap status on one enemy, Last Resort, which greatly improves the user's stats but inflicts them with Doom, Final Thrust, which deals damage equal to the Dark Knight's maximum HP and is more accurate at low HP, and Ebony Slash, which deals more damage than Darkness and costs no health, but costs 28 MP.

As Dark Knights level up, they also gain access to Absorb HP, which heals the Dark Knight by 10% of the damage they deal with a basic attack, and Backliner, which allows them to deal full damage from the back row.

The Dark Knight has several skills that sacrifice Chocobo's HP to damage enemies. It is unlocked by defeating Croma Shade and Croma on the thirtieth floor of Guardian of the Light.

Cecil appears in this game as both a Dark Knight and a Paladin, able to shift forms when attacking. His Dark Knight form specializes in slow but powerful sword attacks infused with dark magic.

The Dark Knight is also a job that can be selected for a character in the player's Party for Quick Battle, Friend Cards, or wireless matches. The Dark Knight job grants the character +5 ATK at a cost of -3 DEF, and is needed to unlock the Mystic Knight and Berserker jobs.

The Dark Knight is a job in Final Fantasy: Airborne Brigade available after obtaining a level five Warrior and a level ten Black Mage. The preferred weapons for the job are swords and scythes. The job specializes in both strength and intelligence abilities. 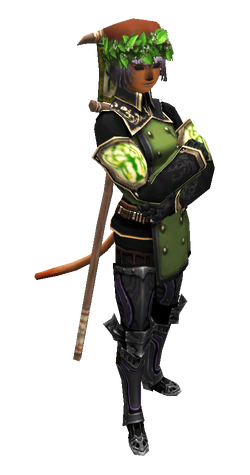 Good Morning everyone! I say that because it is 0030 hours right now and I'm still not sleepy. Welcome to my little section of the FFXI wiki. Well, I did it. I made it through to the end of Paladin. THANK ALTANA!! :D

I am glad to say I am no longer wandering around looking for a job, Dark Knight will be filling in that void now. I never imagined I would have chosen the polar opposite of my job of seven years, but then again it just comes with the territory of playing a job for so long. Dark Knight is much like Paladin, yet it is not. Instead of light, I am dark. Instead of defending, I am the offense. There's a little bit of a learning curve in the way of magic, but combat is still very much on relative grounds. Huzzah! I have my answer! Dark Knight is the way to go! Woohoo! So anyways...

Howdy-doody reader, I guess you're wondering who I am or why my guide should even mean a damn thing. Truth is it's no worse than any of the other ones. I won't put myself above anyone else, but I will tell that I have plenty of knowledge to impart that could be of some use to you. So just who am I?...

Reefer to Wikipedia's page on Chivalry.

Bushidō (武士道?), literally "the way of the warrior", is a Japanese word for the way of the samurai life, loosely analogous to the concept of chivalry. It originates from the samurai moral code stressing frugality, loyalty, martial arts mastery, and honor unto death.

The Bushidō code is typified by seven virtues:

Retrieved from "https://ffxiclopedia.fandom.com/wiki/The_Darkest_Knight:_A_Guide_for_the_Delirious_by_Valkerie?oldid=1449152"
Community content is available under CC-BY-SA unless otherwise noted.