watch 02:45
The Loop (Games)
Do you like this video?
Play Sound
Were you looking for ★The Celestial Nexus?

Were you looking for Celestial Nexus?

This is a 6 player fight, not an alliance fight. Time limit is 30 min.

If you have already obtained it, the fastest way to reach to the fight is via Home Point of The Shrine of Ru'Avitau, which warps you to the entrance of the Celestial Nexus.

Note: Someone might need to open the yellow door so that everyone can get past the door. The simplest Monolith to reach to open this yellow door is at H-10 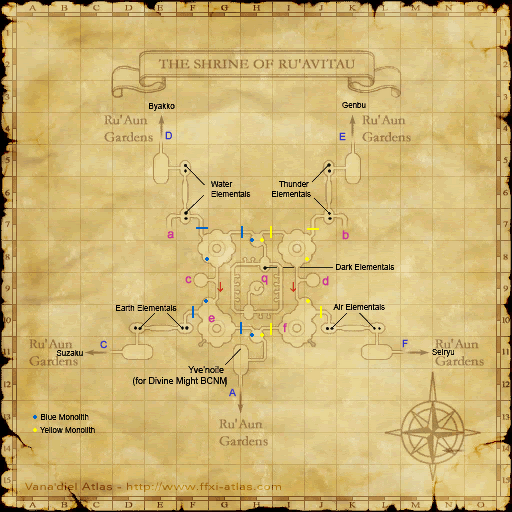 of map 2 of the Shrine of Ru'Avitau, accessed from the "main" entrance from Ru'Aun Gardens (straight north from entrance from Hall of the Gods).

His melee attacks are extremely fast, almost as fast as a Monk's Hundred Fists.

After the final cutscene, you will appear in the Hall of the Gods.

Mission Orders
The fate of Vana'diel awaits you in the Celestial Nexus!

SPOILER WARNING: Click here for additional details about this story line.
Retrieved from "https://ffxiclopedia.fandom.com/wiki/The_Celestial_Nexus?oldid=1737178"
Community content is available under CC-BY-SA unless otherwise noted.