The home of Leathercraft in Vana'diel.


There is a smaller, satellite guild in Al Zahbi (G-11 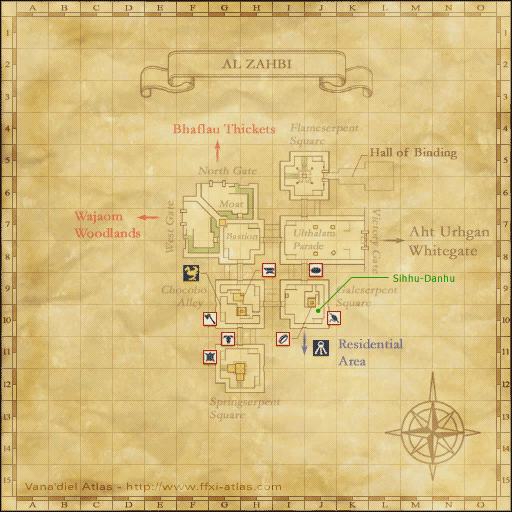 
Below are listed the Guild's NPCs and their various roles.

Retrieved from "https://ffxiclopedia.fandom.com/wiki/Tanners%27_Guild_(San_d%27Oria)?oldid=1682913"
Community content is available under CC-BY-SA unless otherwise noted.