Since only one mob can a smn 75 solo it... have not gotten to him yet but is there enough room to kit it with curby... —The preceding unsigned comment was added by Exzir (talk • contribs).

Don't know who put in the last post: I know a 75 SMN cannot solo it. I tried twice. Even brought a 75 RDM to duo instead of solo (it's safer). We both died. I was able to carby kite a little bit after the RDM died but after it slow'd me I couldn't get carby out fast enough to keep it up. I used Fenrir for the first 1/3 of his health before hate wipes on my pet followed by it still having hate on the rdm killed him. I can see 2 or 3 Summoners possibly killing it because even after hate wipes on my pet, since it was my pet apparently that made my hate go to 0 as well, carby still kept hate from me (I had even eclipse bite the NM before using carby). They would only need to carby spam the NM til it died. If they want they could all probably use leviathan and melee it, when it uses a -ga spell, just spring water away the debuff.--Chimeramage 07:09, 13 April 2008 (UTC) 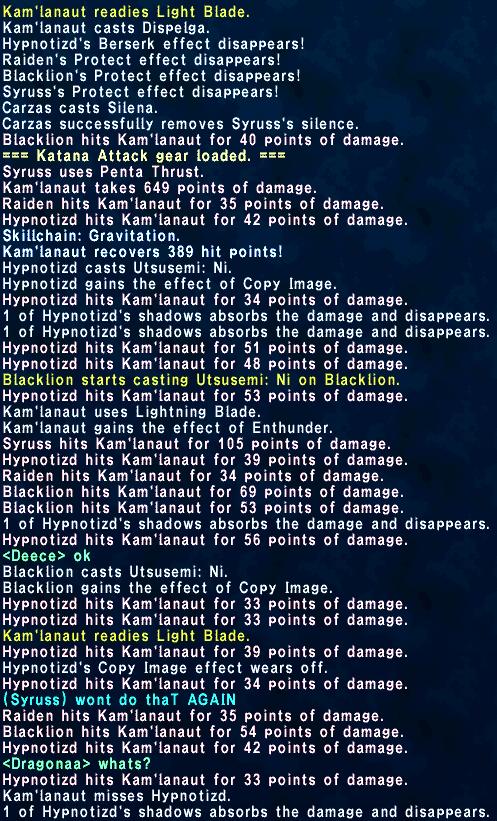 Retrieved from "https://ffxiclopedia.fandom.com/wiki/Talk:Return_to_Delkfutt%27s_Tower?oldid=1291402"
Community content is available under CC-BY-SA unless otherwise noted.