For the enhanced Trust Magic version of this NPC, see Trust: Shantotto II. 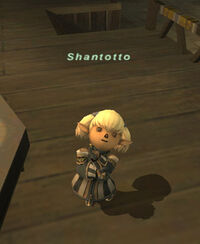 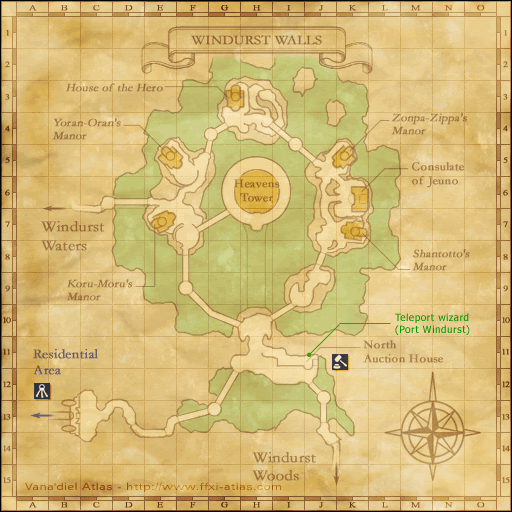 Shantotto appears as a playable secret character in Dissidia: Final Fantasy as well as its prequel Dissidia 012. She is allied with Cosmos, Goddess of Harmony and is voiced by Megumi Hayashibara in the Japanese version. In the English version, she is voiced by Candi Milo. On the character unlock screen it says that Shantotto is a "[Chainspeller] - Batters foes with incredibly powerful magical HP attacks."

It is notable that spell tiers for magical HP attacks change once her Bravery reaches certain levels; the highest attacks being Ancient Magic.

Former minister of the Orastery, then head of the Parliament of Patriarchs, in the original game, Shantotto was one of the top minds in the Federation of Windurst.

It's said her pride is higher than the pinnacles of the Gustaberg range, and her temper hotter than the magma flowing forth from the mighty Mount Yuhtunga. Her age is unknown, and having thus far neglected to marry seems to be her only regret in life."

While investigating the The Empire of Aht Urhgan Lady Shantotto assumes the undercover identity of "Ambassador Karababa". She fights alongside the party in the battle for Aht Urhgan Mission 22: Shield of Diplomacy. She is capable of casting powerful Ancient Magic spells such as Flare II, Burst II, etc.