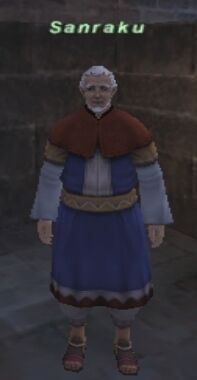 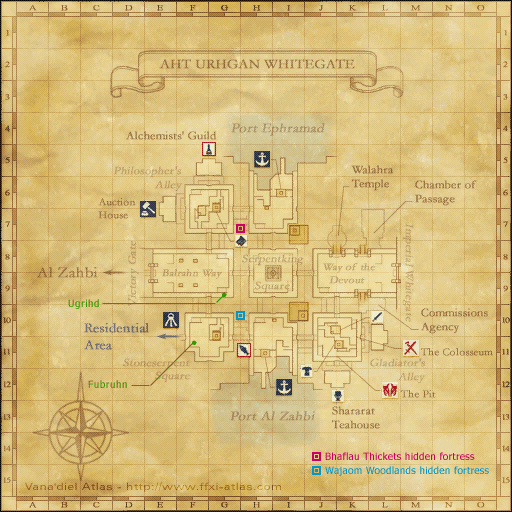 Gives players the items needed to fight a series of forced pop NMs called Zeni Notorious Monsters. Pop items can be purchased with Zeni, or credits which are earned by bringing Sanraku Soul Plates. The number of ZNMs which can be fought is small at first, but more ZNM options may be unlocked by bringing Sanraku certain ZNM drops.

Some of this information may be out of date, Either all mobs have had their Zeni award increased, or Abyssea mobs make photographing anything else pointless (1,485 for each of 12 plates from a Glade Wivre on 1% HP, and 1,155 for each plate from a Sensenmann on 2% HP ).

Sanraku charges 500 Zeni for information on how to get to the Islets. Rhapsodies of Vana'diel

Rhapsody in Azure reduces that cost to 50 Zeni. You must speak with Ryo and ask about islets before this option is available. These islets appear to work like the gods' islands in Sky. There is a ??? in the center that is used to spawn one of the ZNMs, and once the ZNM is spawned, no one else can enter the Islet.

Retrieved from "https://ffxiclopedia.fandom.com/wiki/Sanraku?oldid=1720070"
Community content is available under CC-BY-SA unless otherwise noted.