Mariachi is a type of Mexican music / musician. It is usually performed with a band consisting of 2 violinists, 1 guitarist, 2 trumpet-players, 1 guitarrón player (it's a small acoustic bass), 1 vihuela (a 5-string guitar that makes a high-pitched sound) which also had singing. The musical style developed in the mid 19th century in Mexico. Mariachi also became the word of someone who would play this music. They would wander from town to town, singing songs about revolutionary heroes or conflicts between the government and the revolutionaries. They were originally local artists unknown outside their region, but by the 1930s, nationally famous Mariachis began to appear. 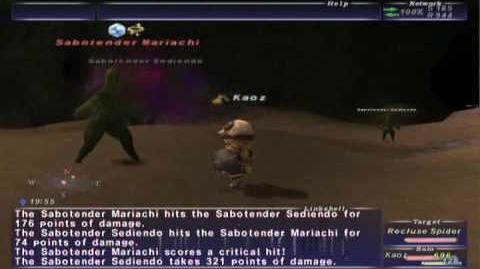