Scroll of Recall-Pashh
WHM Lv.53
Teaches the white magic Recall-Pashh.
Transports qualified party members
within area of effect to Pashhow
Marshlands (S).
The spell only functions on characters with the Wings of the Goddess expansion and the

Pashhow Gate Crystal. The key item can be obtained by examining the Telepoint at Pashhow Marshlands (S) (J-9 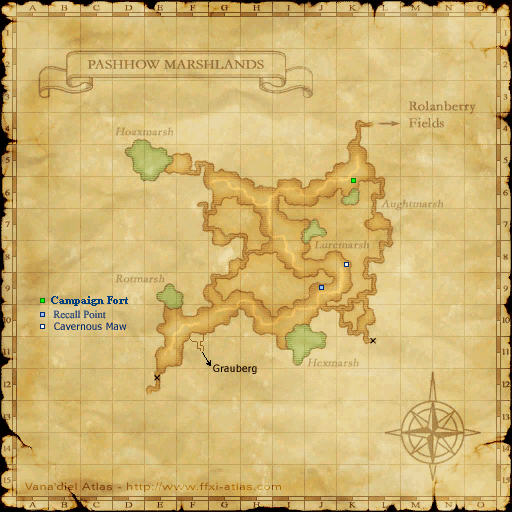 ). The telepoint does not exist in the present day version of the zone.

If the caster does not meet the requirements, they are still able to teleport any of their nearby qualified party members, but the caster will be left where they are.

If the caster has the key item but does not wish to be teleported, they may avoid being teleported by starting to cast the spell and immediately running into the next zone when the cast reaches 75%. The caster will end up in the neighboring zone but any nearby party members will still be teleported to the intended destination. It is also possible to avoid teleportation by having a Nomad Moogle change your job when the cast reaches 75%.