Start a Wiki
watch 02:32
The Loop (Games)
Do you like this video?
Rainemard (S) refers to an NPC in the Shadowreign era. For current Vana'diel time, visit Rainemard.
For the Trust Magic version of this NPC, see Trust: Rainemard. 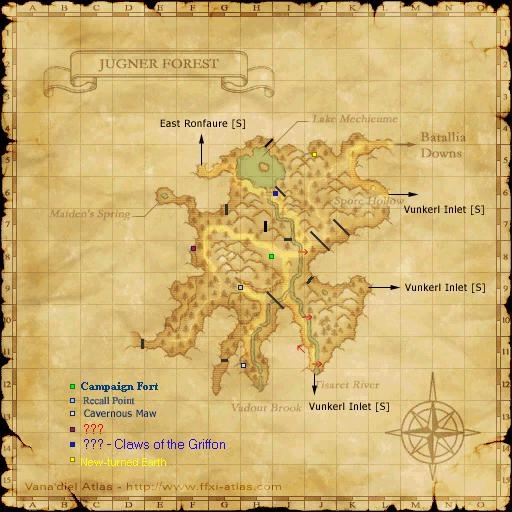 Good Rainemard once belonged to the Order of the Temple Knights. For a time, we were classmates together in our studies at the academy. N-n-not that I consider him a scholarly rival-wival or anything like thataru! The last time I saw him he claimed he was heading to Jugner Forest to escape the hustle-bustle of the city. I only pray he didn't go poking his nose around where it didn't belong again... If he's still the same old Rainemard, I suppose he still enjoys talking it up with other red mages. He also has an adorable-worable little daughter, and he loves to go on and on about her...incessantly.

Quite a pleasantaru man, with a lovely family. Especially that daughter of his. A shame his wife passed away, because boy--she was something else! So he had to hire a wetaru nurse for their child since...well, there're some things a man just can't do! And of course, the hired help requires more than just gratitude, so he got a couple job-wobs on the side, including mercenary and detective work. Uwaa! What a tragic tale!

Look, my eyes have gone all puffy-wuffy! All this, and you'll never find a more pious man anywhere in the three nation-wations. Where fate can't save him, Altana surely will. But the churches in San d'Oria bear him no love. How sad.

Hang on a minute--you've seen his swordsmanship firstaru hand, haven't you? His prowess in undeniable, even by a skeptic-weptic like me! The nobles in San d'Oria certainly agreed, and sent their children to partake of his tutelage.

With all the comings and goings, he naturally heard more rumors than housewives at the bazaars during a sale. If you ask me, there's nothing wrong with being a fountain-wountain of knowledge, but Maruna-Karina worried about him endlessly, saying that he might know too much. My brother said it was his duty to protectaru his friends daughter, should anything go awry.

Rainemard has his troubles, just like any of us. But if he were by your side, you'd have naught to fear-wear! He's an understanding, generous man. I know he would be honored-wonored that you even thought to seek his help.

"A true knight knows not only how to win his battles, but also how to lose them. A man of your stature surely understands what I imply."

Retrieved from "https://ffxiclopedia.fandom.com/wiki/Rainemard_(S)?oldid=1676288"
Community content is available under CC-BY-SA unless otherwise noted.