*The encumbrance icon will not disappear until all equip slots have been reopened. 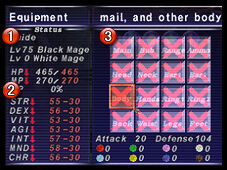 The Pathos of Alzadaal can only be neutralized with imbued items called cells. They can be found on monsters roaming throughout the remains, and each cell removes one specific pathos from one person.

*Players must dispose of any imbued items they bring back from the remains before they will be allowed to enter again.

Pathos is a word in the English language which means a quality or characteristic which invokes emotions, particularly of sorrow or pity. In Ancient Greek, pathos referred to a rhetorical tactic, one which appealed to a person’s pride, to their feelings or to their public character (a form of persuasion; an emotional appeal). Pathos is Greek for “emotion” or “to suffer”.