The oozlum bird, also spelled ouzelum, is a legendary creature found in Australian and British folk tales and legends. Some versions have it that, when startled, the bird will take off and fly around in ever-decreasing circles until it manages to fly up itself, disappearing completely, which adds to its rarity.] Other sources state that the bird flies backwards so that it can admire its own beautiful tail feathers, or because while it does not know where it is going, it likes to know where it has been. 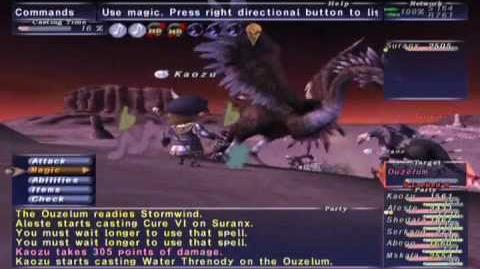 Retrieved from "https://ffxiclopedia.fandom.com/wiki/Ouzelum?oldid=1451112"
Community content is available under CC-BY-SA unless otherwise noted.