watch 04:21
Wiki Targeted (Games)
Do you like this video?
Play Sound

The talk page was WAY too crowded with "Testimonials" that were more like strategies. If people want strategies, they should post or read them here.

RoE Summoner iLvl 115 sachet ammo, a basic wind elemental staff and Garuda's Predator Claws is all you need. Pop the new Summoner 1 hour Special Ability and spam Predator claws for a easy win. If you're running out of mp, convert and keep spamming, just time it around its AOE TP move so you don't get killed after a convert. Difficulty 1/10 --Calintzpso (talk) 14:18, March 16, 2014 (UTC)

Had a horrible time winning this fight, on my 3rd attempt I went in with a Yagudo drink, a full stack of Pet food Thetas, 20~ Dawn Mulsums and used half my Theta and all but two mulsums. I used a Familiar'd FaithfulFalcorr as my pet because I wanted high damage. I never let the seed thralls get over 3 because I felt that would be the end of my pet so whenever I had the chance I sent my pet to attack a thrall and he would get one or two hits before moving to another target, a tankier pet may work better for this fight but without testing I'm not sure. I let the pet do all the work I went in with 1 Astolfo -10% pdt and an Anwig Salade -10% pdt and I took off my shield and melee gear and replaced with Reward gear so that the copies weren't as strong. I used RR at the start in case of a wipe and I waited to use the Yag drink until I was low on MP. I kept Stoneskin up and kept Dia II up on the crystal, with occasional Regen IIs or Cure IVs to keep myself out of the KO range. The Crystals AOEs would hit me for an average of 700~ so I tried stayed as far back as possible.

Won today solo in about 9 minutes. Used Bloodclaw Shasra, maybe 3 Pet Food Theta biscuits, and 9 bottles of Dawn Mulsum. Didn't melee at all. Used Familiar at the beginning of the fight. Sent pet in to attack the crystal while I hung back out of range of the AoE attacks. Mulsums are a must as the damage is still too great to cure with just Reward. Shasra attacked the crystal, then attacked the Seed Thralls when they appeared. Saved TP for Charged Whisker, used when the Thralls started to pile up (had as many as 3 at a time). Basically just let pet do all the work and used Reward (if it was available) and Dawn Mulsums (if it wasn't) whenever HP got low. I walked away without a scratch. Didn't get much from NIN subjob except Dual Wield which let me equip an extra pet physical damage taken -10% axe.

There appears to be a way to prevent it from using charm. That seems to be the secret to winning with any build. A PLD tank is far from necessary, and tests with puppet attachments lead me to believe the normal attack isn't even magical.

Please post evidence and founded facts before placing "most successful zerg setups" at the top of a strategies page where its the first thing people see....

Can be killed with any 3xDD and 3xhealers. No need for the ridiculous setups... 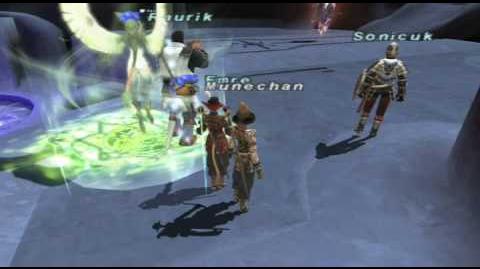 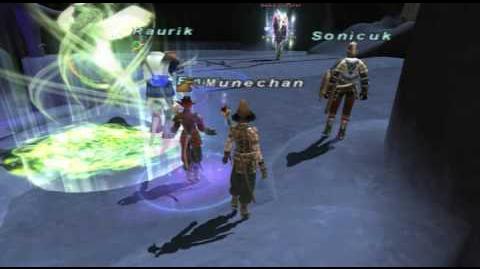 Retrieved from "https://ffxiclopedia.fandom.com/wiki/Ode_of_Life_Bestowing/Strategies?oldid=1539864"
Community content is available under CC-BY-SA unless otherwise noted.