Monster Rearing is a feature of Mog Gardens in which players can raise monsters from childhood to maturity. When cared for properly, the monsters can provide the player with items, change appearances, and even confer global bonuses (called a "cheer" effect), similar to how a Moghancement works.

Once you meet those requirements, you can speak to Green Thumb Moogle to begin Release the Fleece. You will begin rearing a Sheep named "LittleSheep" by default. Once you complete the quest line (continuing with Feeding Frenzy, ending with Cry Not, Caretaker), Monster Rearing will be fully unlocked, starting with Rank 1 monsters. Your first monster will be named "Monster" by default.

Talk to Chacharoon to start rearing a new monster. This can be done once per day (twice starting at rank 5). You will have to remove one you are already rearing for each new one you wish to rear if you are already at the maximum number of monsters (per the Eligibility list above).

All monsters can be seen in the Rearing Grounds, which can be reached through Chacharoon, Green Thumb Moogle, Mog Dinghy, or walking through the passage.

Monsters will come with randomly generated names until you give them a new name.

Sheep memento) unlocks one of Chacharoon's Cheers and an item in Green Thumb Moogle's shop. Each Cheer confers different global bonuses when activated. Feeding, interacting with, or collecting items from a monster gives you a chance at obtaining a memento from it.

You have two options to part with your monster permanently. You can begin rearing a new monster immediately (see "Monster Management" introduction above for qualifications).

The monster's mood falls on a scale between the extreme states of "succumbing to darkness," to "beaming with pure contentment."

Once per Earth day, you may interact with each monster. There are 6 interaction choices: Do nothing, Pet it, Poke it, Slap it, Yell at it or Get Angry at it. "Do nothing" seems to, well, do nothing, and merely act as an Escape key. Interactions will have either a positive, neutral or negative effect on its mood, per the messages below.

Once per Earth day, you may give the monster a "treat" (Chacharoon tends to the regular feedings). Monsters will only accept certain things to ingest, as per the Feed table below.

☆ Available from the Green Thumb Moogle with the appropriate Memento acquired.
★ Represents the cheapest NPC-sold options. Clusters are not sold by NPCs, but are easily hunted in Ru'Aun Gardens or gotten from an Ephemeral Moogle, and Gems can typically be purchased with Login Points.
Bold items are evolutionary variant feeds, each used to evolve a specific monster to a variant form.

The pages found at the links below list each monster's Evolutions, Interactions, Feed, Memento bonuses, Collected and Put Down items. 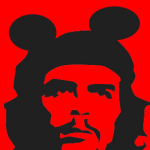