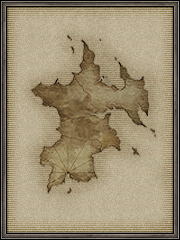 This continent is situated to the east of Quon. With the exceptions of Sarutabaruta in the south and Li'Telor to the northeast, Mindartia is comprised mainly of dry, rocky badlands. The vegetation here has adapted to suit the arid conditions, and animal life is dominated by reptile and insect species. The main races of people are the Tarutaru and the Mithra at a ratio of roughly 4:1. The Federation of Windurst is the homeland of the Tarutaru, and features the magical city of Windurst and the port town of Mhaura as its centers of civilization.

Corn and popotoes are the staple food source of Windurst, with dhalmels and rarabs kept as livestock. The beastmen presence takes the form of the Yagudo Theomilitary, a race that makes its home to the west of the continent and maintains a pretense of friendly relations with Windurst.

Retrieved from "https://ffxiclopedia.fandom.com/wiki/Mindartia?oldid=1400454"
Community content is available under CC-BY-SA unless otherwise noted.