The lacovie is a giant sea monster whose back is covered with sand, giving it the appearance of a sandy island. Tired mariners would confuse the beast's massive back with a sandbar and moor their boats to it. They would build fire to prepare their meals but under the effect of heat, the lacovie would wake up and dive to the seabed, taking the ships and their crews with it. 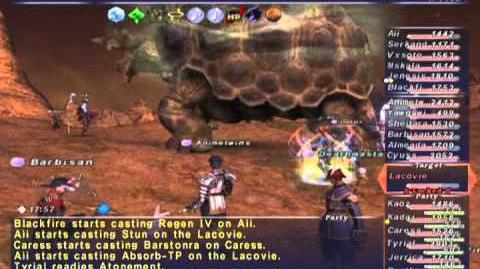