You must zone after completing As Thick as Thieves to start this quest (logging out/in doesn't satisfy the zoning requirement, nor does warping to another Windurst Woods homepoint - warping to another zone and back of course will).

Note: Be sure to grab the

Pouch of weighted stones at the ??? at (G-8) on the first map of Garlaige Citadel so that you do not need 4 player characters to get to the other side of the Banishing Gate #1. If your level isn't very high, it is still suggested to bring players to help in defeating the Chandelier.
See Chandelier for more information and Testimonials.

Note: Make sure to bring a Pickaxe for this part. These can be obtained from Upih Khachla in Windurst Waters at (H-9) Ensasa's Catalyst shop for example. A Trailblazing Pickaxe will not work. 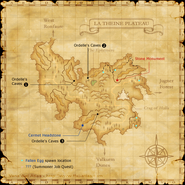 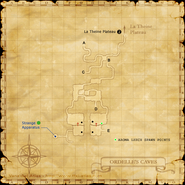 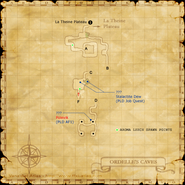 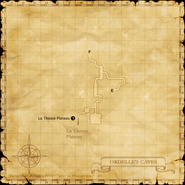 Client
Nanaa Mihgo (Cat Burglar's lair, Windurst Woods)
Summary
Visit two of the eight active thieves gathered by the Tenshodo, and confirm the signatures of the people who originally wrote the documents in the "letter from the Tenshodo."