View source
watch 02:59
Metroid Dread - The Loop
Do you like this video?
Play Sound

The Hadhayosh is a land creature from ancient Persian mythology that is often likened to the Behemoth of modern and Hebrew culture. Also called the Sarsaok.

A Zoroastrian text from the Middle Persian era mentions the hadhayosh. By this time, Zoroastrianism had been influenced by Hellenic and Arabic culture.

"Of the ox Hadhayosh, which they call Sarsaok, it says, that in the original creation men passed from region to region upon it, and in the renovation of the universe they prepare Hush (the beverage producing immortality) from it." 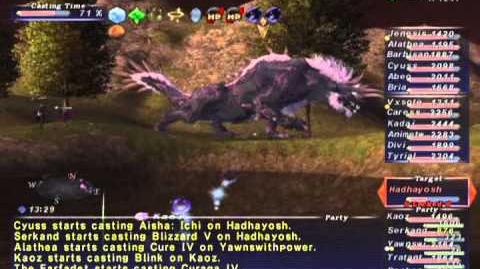