Edit
watch 04:21
Wiki Targeted (Games)
Do you like this video?
Play Sound 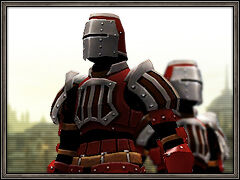 Game Masters (or GM for short) are the "Judges" of Vana'diel. The purpose of the Game Master is to provide players with an enjoyable gaming environment. They are responsible for monitoring and regulating the in-game environment to provide a fair, safe and enjoyable game play experience. Game Masters play a major role in rescuing player characters that have become stuck, take action against 3rd party tool users, and respond to user requests for issues such as lost items etc.

GMs support the players directly, via in-game interaction or the PlayOnline Viewer chat console. They also serve as a point of contact for issues that are best addressed by other Square Enix teams, and address player violations of in-game policies. This includes cautions, warnings, suspensions, and terminations. The Account Administration team must approve any severe disciplinary action.

The GM policy is a set of rules by which all GMs operate to ensure that the game proceeds smoothly for all FINAL FANTASY XI users. The GM policy can be found on the SE website.

GMs must always follow these rules in their player support role:

GMs, like Beastmen, have a rank structure that designates their place in the world: they receive orders through a 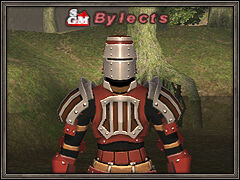 Sometimes GMs will appear before players and speak with them. GM characters are unique in two ways: they have the text "GM" next to their characters' names, and their characters wear all-red armor. Both of these are characteristics of GMs in the game. GMs are always Humes. Their distinctive, red uniform consists of the following armor (all of which is designated "GMs Only" and cannot be obtained by players):

GMs have been known to demonstrate the following abilities:

Little is known about the true origins of the GMs. It is believed they inhabit Atomos, where they hone their skills to use on other Worlds. Some believe they are the heralds of Altana and Promathia, regulating balance over the world and its inhabitants. Others believe they exist to bring misery and anger upon the populace, who often throw curses at GMs due to their absolutism. Though adventurers have slain Vana'diel's mightiest creatures, no one has ever defeated a GM, and justifiably so.