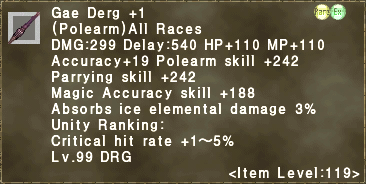 This may be augmented using Lustreless Hides at any Unity Concord NPC after paying the 30,000 Accolades fee. Max rank augments shown