View source
watch 02:17
New Pokemon Games - The Loop
Do you like this video?
Play Sound
For the Trust Magic version of this NPC, see Trust: Ferreous Coffin. 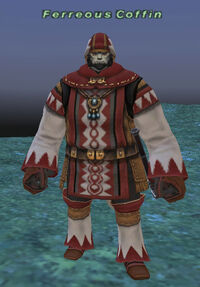 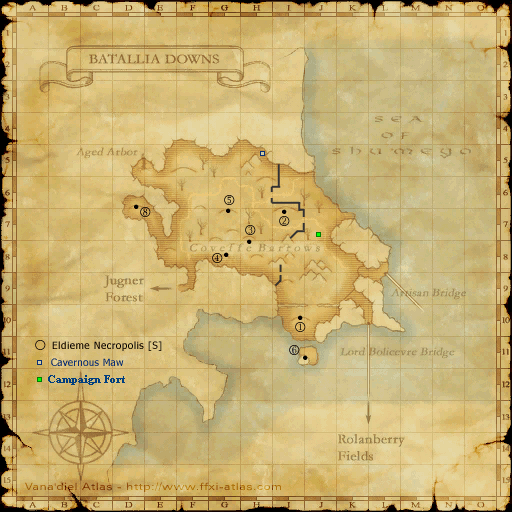 A most virtuous priest, who wanders all corners of Vana'diel, filling his belly-welly bread and alms. Some swear they've seen a twisted smile on his face as he buries his enemies and offers up prayers in their name. He came from the far north, and recently has been spending much of his time in Batallia Downs. Whatever is said of him, there can be no questioning his faith in the Goddess, thataru's for sure. He was never one to talk much, and certainly not one to mince words when he does. It seems he prefers the company of white mages, though. I've heard it said that he has been lending-wending his fists to the Allied Forces as of late.

"I am offering a prayer for those poor souls whose lives have been prematurely extinguished. And you...you are bound for the battlefield, are you not? My thoughts are with you also.

When spoken to as a White Mage:
"Your presence evokes long-forgotten memories within and reminds me of the hopes and dreams that were my driving force in youth. Insignificant though my powers may be, perhaps the time has come to return to the fray and do my part for the greater good."

When casting Raise III:
"It is not yet your time."

When using Reviviscence:
"Be strong, for the Goddess is with you, always."