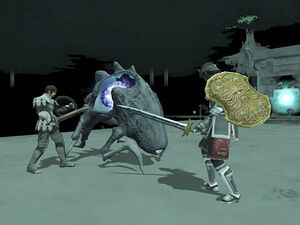 Equipment Scaling allows for players to wear gear beyond that allowed under level restrictions. This applies not only to the Level Sync system, but also to level restrictions brought about by entry into battlefields, assaults, Ballista and so on. Though the level of gear will no longer play a role in determining whether or not it may be equipped, level restrictions will cause statistics and effects to be adjusted.

Further, gear changes may be made as normal while the level restriction is in place, given that the player is able to equip that gear on their actual level.