watch 02:48
Wiki Targeted (Games)
Do you like this video?
Play Sound

In African mythology, specifically that of the Mende (based in what is now modern Sierra Leone), Dyinyinga were genius locii (spirits of the place) associated with natural areas, like jungles, rivers, rocks. If angered, they would cause trouble, like a river to flood. They can take physical form. Those that appear as women with white skin were called tingoi, those that appeared as white men with long beards were called ndogbojusui. The first was benevolent, the second was malevolent. The Mende believed that boldness was necessary in dealings with dyinyinga. 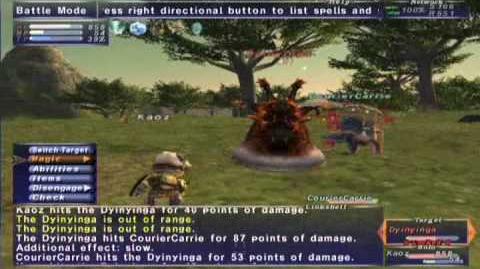 Retrieved from "https://ffxiclopedia.fandom.com/wiki/Dyinyinga?oldid=1486330"
Community content is available under CC-BY-SA unless otherwise noted.