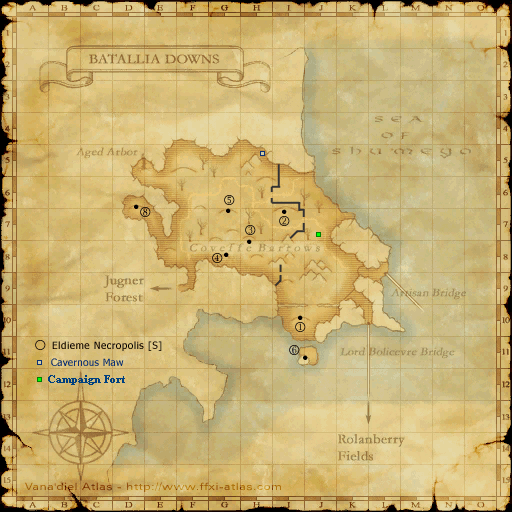 Duskraven is a sullen, grim-faced mercenary, distinguishable by his ominous-wominous greatsword, “Kyomon.” Wayfarers and soldiers alike often recount seeing him in the vicinity of Batallia Downs, but for what purpose and to whataru end, none can say. His underlings, the Dusk Raiders, answer to his beck and call, and such powers lead many to surmise that he is no stranger to the nether-wether realms. He is a straight shooter, though. If you hope to curry favor with him, you need nothing more than cold cash. He seems to blow right through it as soon as he gets it, and is always looking for more. What he spends itaru on, I couldn't say.

"I sense something...otherworldly about you, traveler. But appearances can oft be misleading, nay?"

Duskraven is actually Arciela’s father, Ghalcimus. He and several of his men where teleported through time while exploring the jungle, although how has yet to be explained. Since he never returned to Adoulin even after the date of his teleportation, it is safe to assume he died.

His sword, Kyomon, refers to the star westerner's call Merak in the big dipper, the 7 stars decorating the sword references the 7 stars in the Chinese constellation it is a part of.

Retrieved from "https://ffxiclopedia.fandom.com/wiki/Duskraven?oldid=1674145"
Community content is available under CC-BY-SA unless otherwise noted.