In Norse mythology, Durinn is the name of a dwarf attested in the Poetic Edda poem Völuspá and repeated in Gylfaginning from the Prose Edda. He was the second created after the first and foremost dwarf Mótsognir. He is also attested in Hervarar saga, where he forged the magic sword Tyrfing with the help of Dvalin. In Tolkien's Middle-earth, Durin the Deathless, a character based on the Norse figure, is one of the founding fathers of the Dwarves. 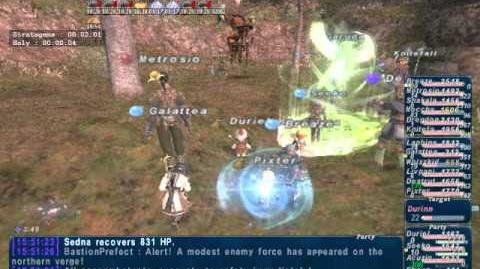 Retrieved from "https://ffxiclopedia.fandom.com/wiki/Durinn?oldid=1464847"
Community content is available under CC-BY-SA unless otherwise noted.