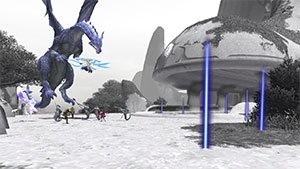 Join forces with adventurers in the area to take down some of the toughest monsters Vana'diel has ever faced.

During or immediately before the monster's appearance, speak to one of the following NPCs to obtain an Elvorseal:

You will be asked if you wish to proceed to the battlefield. Saying "yes" teleports you directly there.

A battle against various smaller monsters will unfold in the Domain Invasion area, and wiping them out will cause a dragon to spawn. The zones rotate in the order below:

All players participating in Domain Invasion will receive Domain Points once the notorious monster has been vanquished. 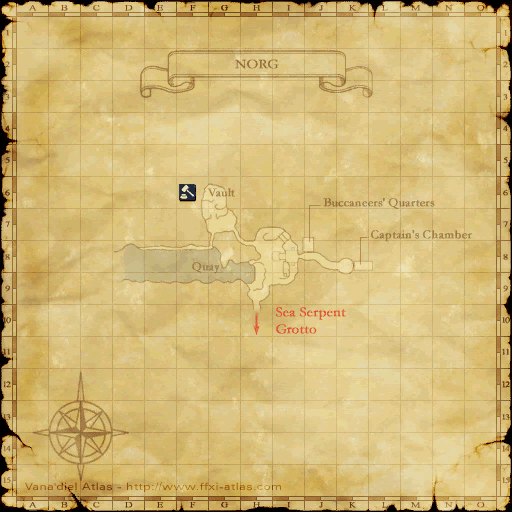 Players will receive a baseline of 10 domain points, which are then modified by certain factors. Mireu grants 80 points upon defeat regardless of bonuses.

Bonuses for number of participants. in this case, "participants" means the total number of players in the battlefield, partied or not. The English client currently mistakenly prints this as "Party Size Bonus." These multipliers apply to everyone participating in the same encounter.

Bonuses for battle contributions These multipliers apply to only the player who earns them, and are not applied to the point totals of party/alliance members.

Up to 80 domain points may be earned per Earth day, resetting at Midnight JST.

The Base Domain Points bonus applies to every Domain Invasion encounter after Mireu is defeated, and continue until the Successive Kills for Mireu is reset to 0. Except for the 5+ streak bonus, players may still not exceed the 80 Domain Point daily cap after evaluation multipliers.

There are two unique status effects at play during Domain Invasion

Mobilization is applied to all participants when they enter a Domain Invasion area.

The player who delivers the final blow to the last remaining smaller monster will receive the Awaken buff.

Awaken has the following effects:

If the affected character is knocked out, they will be automatically revived once a certain amount of time has passed.

A perpetual Domain effect will be applied to each area based on the total number of times a notorious monster has been slain in that area. This affect applies to all characters in the area.

Blessings are applied zone-wide to an area after a dragon has been defeated. New blessings are added every time a dragon is defeated.. These Blessings persist until the next Version update.