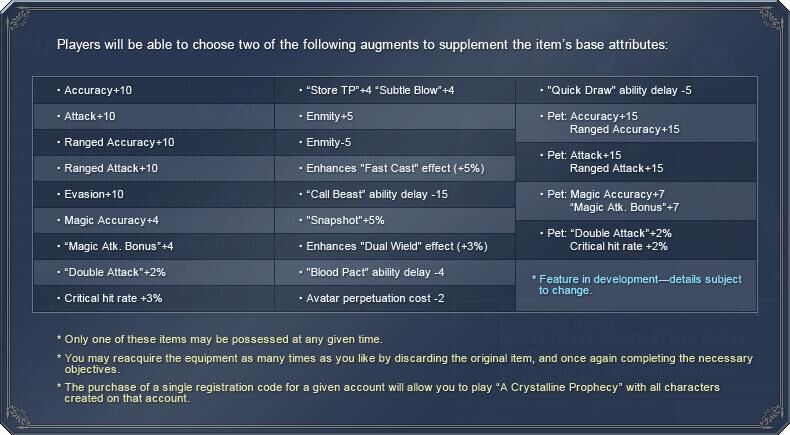 There's a maximum size for item description boxes, and some items' stats were causing the boxes to overflow. Square-Enix stated that's why augments are now displayed on a second page. You press the main menu button to toggle the description.--Blue Donkey Kong (talk) 03:06, November 18, 2013 (UTC)