Category Page
Were you looking for Category:Voidwatch Notorious Monsters?

Note: Stratum abyssites are permanent key items and need only be obtained once.

Upon receiving a Stratum Abyssite of any color from one of the NPCs listed above, you will automatically be flagged for the quest that requires you to defeat specific Notorious Monsters in order to upgrade your Stratum Abyssite to the next tier.

However, note that the Outlands (aka: Zilart) Voidwatch Ops quests do not work like the other Voidwatch regions. After speaking with Kieran and receiving your

Ashen Stratum Abyssite you must then complete the following steps:

Visit VwNM's for a complete list and visual guide.

There are five lights that enhance the spoils from the Riftworn Pyxis. Their alignment values can be enhanced to produce the following benefits per cell (up to 3 max):

The alignment values for the above can be enhanced via Cells, by triggering the monster’s weakness, Treasure Hunter and by possessing certain alignment-enhancing periapts.

Trade “ascent items” (cells) to a Planar Rift ahead of a battle. Doing so will enhance alignment values for that player only. Up to three of each cell type can be traded to the Planar Rift.

Ascent items can be obtained in the following ways:

At the start of any Voidwatch fight, 9 weakness triggers are chosen randomly, with 6 being normal, 2 being high, and 1 being extremely vunerable. These come in the forms of job/pet abilities, weapon skills, and magic spells, and can be triggered at any time during the fight. Once a trigger has been hit, a new trigger will be chosen of the same type that was hit.

Striking a VwNM's weaknesses will enhance alignment values for all combatants.

Any weapon skill of a particular weapon class can stagger enemies except Relic/Mythic/Empyrean/Merit Weapon Skills. Quested WS like Evisceration CAN proc.

In order to obtain items you must posses a Voidstone. When gathered at a Planar Rift, everyone in the alliance with a voidstone will lose their stone. Those who do not possess a stone will still receive experience and cruor. You can fight NMs in both the present and the past, depending on which stage you are on.

There is a 30-minute time limit on all battles. Signet and Sigil have no effect and you will receive Voidwatcher status during the battle. Each person who possessed a Voidstone at the start of battle will have their own reward in the chest. To enhance the drops, you can trade Ascent Items before the battle starts (these only affect the individual who made the trade). If you fail to defeat the monster due to everyone dying or to timing out, your Ascent Items will be saved at that Planar Rift. They will also be saved upon zoning and if you go to a different zone and fight/defeat a new Voidwatch Monster. To ensure that the monster is not popped before everyone is ready, any person who checks the Planar Rift will be given a drop-down menu similar to popping Key Item Notorious Monsters in Abyssea. Once popped the monster will automatically engage the person who popped it. Once engaged the monster can give hints to trigger !! weaknesses and can give multiple triggers.

After defeating the monster, a Riftworn Pyxis will appear where the Planar Rift was. Each person must check the Riftworn Pyxis to receive their reward(s). The items are NOT pooled together like a normal, defeated monster and thus items received can only be obtained by each individual. If the Riftworn Pyxis is not checked within 3 minutes, it will disappear with the treasure still inside.

Upon expending a Voidstone, a player will receive items, EXP, cruor, and possibly an Atmacite or a Periapt. Below is the base level of EXP and cruor per stage and will be multiplied by a player's yellow/green spectral alignment at the end of the battle. 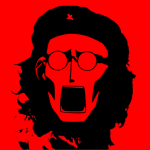 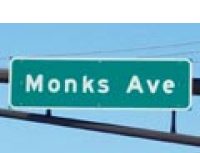