Records of Eminence are a set of self-imposed challenges with similar rewards, designed to passively reward adventurers as they carry about their adventuring goals.

From the Quests menu, you may select up to 30 objectives at any given time to complete (in addition to a single limited-time objective, which is always active and does not count toward the 30 objective limit), which you may change at any time based on your play style and goals for that day. These objectives are the primary source of Sparks of Eminence, a currency that can be exchanged for a wide variety of items and equipment for both new players and veterans alike.

The objectives range from defeating enemies to performing specific feats to gathering certain items, with some requiring only a single success and others that take a bit longer. Completing an objective rewards you with not only Experience Points and Sparks of Eminence, but also occasionally Capacity Points and Unity Accolades, as well as a special item for first-time completion of certain objectives. Clearing limited-time challenges awards you with a Copper A.M.A.N. Voucher, which can be exchanged for other forms of currency and items used in reforging Relic Weapons, Mythic Weapons, and Empyrean Weapons.

As of June 29th, 2019, there are 1066 objectives that count towards "Number completed" and an additional 43 daily/weekly/monthly objectives, all spread across 11 categories. Note that first-time completion of any objective rewards 3 times the amount of sparks listed for an objective, even if the objective is repeatable.

Refer to the following pages for the objectives in each category:

Each quest requires a specific number of unique objectives completed in order to activate. Only objectives that are always available are counted towards this number, and excludes Unity, limited-time, and daily challenges. Most require talking to Nantoto in Lower Jeuno for start and completion.

The following quests are tied to Records of Eminence objectives:

Exchanges are separated into 2 areas: Currencies and Provisions. 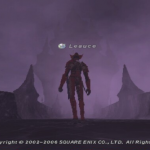