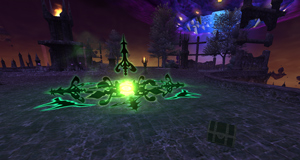 Odyssey is battle content for parties up to 6 players introduced in the March 2020 Version Update. Players will explore a multi-tiered area and fight monsters to earn materials used to upgrade equipment earned from Unity Concord wanted battles. 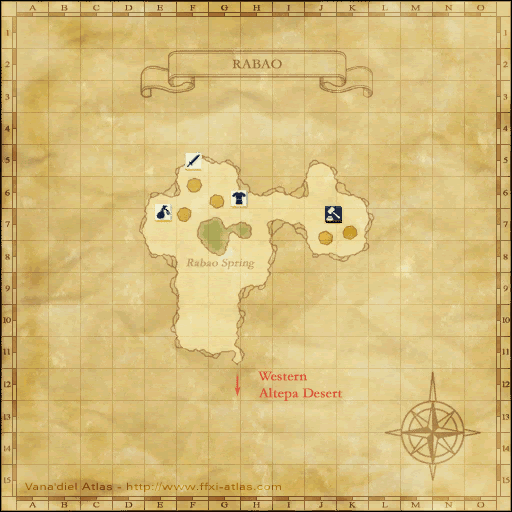 ) (near Home Point #2) to speak with a Pilgrim Moogle, who will offer various explanations about Odyssey and provide players with the required

While in possession of a moglophone, interact with the Veridical Conflux at Rabao (G-6

) to select your battlefield and be assigned a number placed in a queue. A system message will inform the party leader when the battlefield is ready to enter. Interacting with the conflux again transports all party members into Odyssey. Party leaders may also enable auto-transport into Odyssey, much like with Ambuscade.

Upon entering, all players are provided with a

that may be used to exit the area.

Players may also leave the area by locating the Otherworldy Vortex on the top floor of the Sheol and using it to exit.

Players are automatically removed from the area after time runs out.

Izzat is the internal currency of Odyssey and functions like Obsidian Shards in Skirmish. Defeating monsters in Odyssey gradually accrues Izzat, with system messages informing players of their running total. Notorious Monsters and Agon mobs provide more total Izzat over time than normal Nostos foes. Accumulated Izzat resets to zero upon leaving Odyssey. Izzat may be spent in the following ways:

Moogle segments are a new currency earned in Odyssey, and may be exchanged for Lustreless items or a Moglophone II at the ??? in Rabao (G-6

). The Odyssey Records of Eminence objectives completed determine which items are avaialble.

There are 7 total floors (named "Perditions" in-game) to explore in the first battlefield. There is a Veridical Conflux on each floor will transport individual players to the next floor. Each floor's entrance past the first has a corresponding conflux that will take players back to the preceding floor. Players may not use a Veridical Conflux while currently in combat with a monster. Each successive floor houses monsters of increasing power:[1]

Upon completing the RoE objective for Sheol A, the Conflux in Rabao offers 6 more floors to explore in Sheol B, starting at a higher Content Level than in Sheol A

Upon completing the RoE objective for Sheol B, the Conflux in Rabao offers 4 more floors to explore in Sheol C, starting at a higher Content Level than either Sheol A or B.[2]

Translocators allow players to warp between floors. Players must first walk to and interact with each Translocator to be able to warp to it.

There are four general types of enemies: Nostos, Halos, Agon and NMs.

In general enemies have high attack relative to their level. NM special attacks are particularly deadly as during their SP abilities they emit an aura that weakens players. Gloios's combination of Mighty Strikes, Defense Down and a Fluid Spread is notably lethal.

Every floor houses packs of aggressive Nostos Monsters named after their shared family (e.g. Nostos Worm, Nostos Drake, Nostos Golem). Each pack has 10 members. These monsters obey the usual rules of their family with regards to detection, linking abilities and physical/magical resistances and weaknesses. Nostos mobs from charmable monster families may be charmed.[4] Nostos monsters may drop Lustreless Scales, Hides, and Wings (depending on the Battlefield) in the shared loot pool and contribute to the gradual accumulation of Izzat. Every 10 Nostos monsters defeated accumulates 1 Izzat.

Nostos Monsters are particularly resistant to AoE damage. All targets beyond the initial target take 90% reduced damage from Area of Effect spells.[5]

Agon Halos are elemental circle/fetter type enemies that glow with a unique color indicating its innate element and is and guarded by aggresive, untargetable Agon beastmen.

Ethereal Junctions may be found on each floor. For some, players may spawn Notorious Monsters simply by spending Izzat. Others require an item to be traded. If an item is required, trading 1~3 pieces of UWNM materials will spawn a notorious monster of the corresponding family.

All NMs are somewhat powered-up versions of an existing Unity Wanted Notorious Monster. When they use their SP Ability, they will emit an enfeebling aura that lasts until the monster is defeated.

Notorious Monsters in Odyssey are particularly resistant to debuffing Geomancy:[9]

NMs in Sheol A emit debilitating auras upon using their SP ability. Players are rewarded with Scales and Scale Boxes upon defeating them.

NMs in Sheol B spawn 2 copies (with lower HP) of themselves upon activating their SP ability. Players are rewarded with Hides and Hide Boxes upon defeating them.

NMs in Sheol C reset enmity upon activating their SP ability. Players are rewarded with Wings and Wing Boxes upon defeating them.

Once a notorious monster has been spawned, the same NM may not be spawned again in the same battlefield.

Chests containing scales are randomly scattered throughout the area. So far two chest types have been observed (Chest, Coffer), with a third found via data mining (Aurum Strongbox). Each chest requires a base cost 10 Izzat to open. This is lowered for players who have opened enough chests.[10] A THF may open them with their tools, with the usual warning that a Mimic may spawn[11]

Mimics drop gil and may drop Scale/Hide/Feather Boxes when defeated, depending on the battlefield.[12]

The Pilgrim Moogle will keep track of statistics accumulated in Odyssey Battlefields from actions in Odyssey across all visits, including NMs defeated, total Nostos foes defeated, tallies of each unique NM defeated, and chests and coffers opened. These statistics all contibute to your "Moogle Mastery" described by the Pilgrim Moogle as the "strength of your alter egos."[13] Moogle Mastery appears to level up fastest from defeating NMs.[14] So far up to Moogle Mastery XV has been observed, but its effects have not been measured in any detailed way.

Moogle Mastery is tracked separately for Sheol A and Sheol B, but is combined for a player's total Moogle Mastery.[15]

Selecting Exit removes you from Odyssey

The Otherworldly Vortex is the goal of the Records of Eminence Content quests for Odyssey. Upon clearing the quests, they may begin the process of augmenting Unity Concord Wanted Battles spoils corresponding to the NMs represented by each Sheol.

I
M
Community content is available under CC-BY-SA unless otherwise noted.
Advertisement