Campaign Ops is the collective term of missions able to be accessed via use of "Op Credits" in the Wings of the Goddess Home Cities. This page will obviously be a work in progress for some time until more is known about this new system.

What Are Campaign Operations? 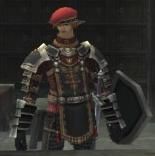 According to the Bastok NPC Aurelius:

"Campaign operations, also known as Campaign Ops, is the term used for the long list of small-scale missions authorized by the Allied War Council in Jeuno. When an operation is successfully completed, the nation is rewarded with an increase in battle funding, paid for by the Repositorium--an international bank founded by the four nations of Mindartia and Quon, and located in Jeuno. To put it bluntly, the harder you work, the richer the Republic becomes. Now don't get the wrong idea. That money is for the Republican Legion, not for you to spend at the local pub. No, you'll be rewarded with Allied Notes, which can be used to purchase supplies and equipment. You'll also be allowed to participate in more sensitive operations."

Campaign Ops are quest missions much in the same vein as the rank missions you did for your individual nation in the present. These special operations include resource procurement, supply transport, security, supply manufacture, offensive operations, defensive operations, intel gathering, and military training. Campaign Ops require items called Op Credits. Similar to Imperial I.D tags, they are necessary to apply for these missions.

Op Credits are items needed to perform various Campaign Ops in the Wings of the Goddess Expansion areas.

1 Op Credit is required to do the operations available in all 3 past nations. 1 credit is gained automatically every 24 Earth hours after completion of the first quest needed to sign on to a specific nation.

The maximum number of Op Credits you may possess is 7. You may save your Op Credits for future missions. Some missions require more than one Op Credit to start.

Campaign Ops are started from one of the following NPCs, depending on which nation you have signed on with:

Most of the ops are similar for each nation, but typically at different locations. It is not yet known whether any nation-specific ops exist.

A
B
C
D
E
F
G
H
I
K
M
P
S
Next
Retrieved from "https://ffxiclopedia.fandom.com/wiki/Category:Campaign_Operations?oldid=483391"
Community content is available under CC-BY-SA unless otherwise noted.