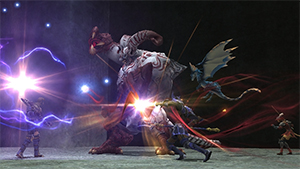 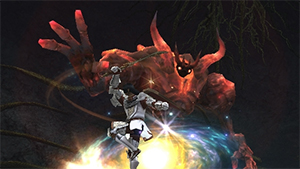 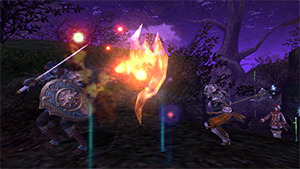 Alluvion skirmishes are a new type of battle content in which the fiends, bosses, and topographical features change from one labyrinth to the next. Intrepid explorers who meet certain conditions will be able to descend into ever more difficult levels of the skirmish. Rewards for vanquishing the enemy leaders including item level 119 weapons, shields, and armor that can be engraved with arcane glyptics.

To create the required entry key item, obtain the following:

Visages and Faithful items vary in level from I-V, with higher tiers increasing the effect of each required part.

Once the items are gathered, trade all 4 items to Oston at Eastern Adoulin (G-8 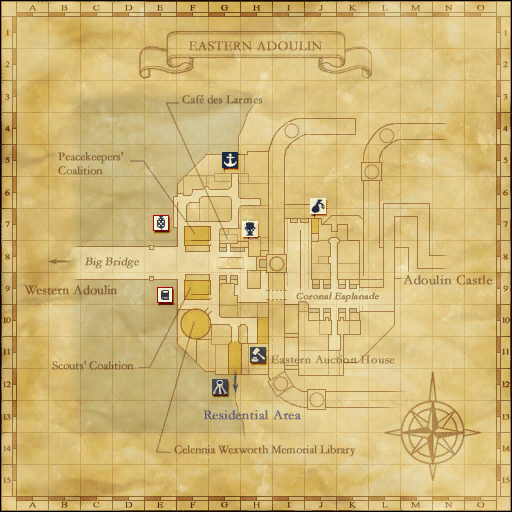 It is recommended to avoid this zone and participate in Cirdas runs instead, due to highly challenging NMs. Stone drops are the same between the 2 zones, with the main reason for attempting this zone, to obtain the specific weapons that drop.

Objective: Fulfillment of primary objective, vanquishing the enemy stronghold, is impeded by the Malicious: enemies who threaten intruders at every turn.

Valiant: The Malicious and their stronghold boast supernatural defenses, so the "Valiant" -- friendly reinforcements who can be called forth to battle -- are critical in thwarting them. However, Valiant alone are incapable of dealing the final blow to the enemy stronghold, so it falls to the pioneer and his compatriots to bring axe down. The objective will be deemed a failure should the foes advance upon and destroy your marchland. In short, the Valiant can halt the approach of the Malicious, protecting the marchlands.

Puissances: Puissances is a type of energy gained from Noetic Ascensions and beasting elemental fiends known as "Escalents". The Valiant are the physical forms of Puissance made manifest. The Valiant will automatically assault the enemies' stronghold and engage in combat with the Malicious. Up to ten of the same Valiant may be summoned at a given time.

Ars Monstrum: Increasing the Ars Monstrum's level will enable you to summon additional varieties of the Valiant. Each Valiant is suited to fighting different Malicious foes, as each has bonuses and penalties against certain type.

Players may use motes of Puissance to amend the Ars Monstrum, thereby increasing its level. An amended Ars Monstrum will enable you to summon additional varieties of the Valiant, as well as increase their level. The Ars Monstrum's maximum level is 3, but advancing to the next section will reset it to 1.

It is believed that the type of stones dropped are determined by the specific eudaemon item used in the creation of the entry key item.

Divainy-Gamainy in Western Adoulin (J-10) can engrave weapons and shields earned in alluvion skirmishes with arcane glyptics in exchange for particular items and a fee of obsidian fragments.
Once the initial weapon or armor piece is obtained, they can be augmented using the varied stones that drop from skirmish.
Currently, each piece of Alluvion weapon/armor can have up to 3 augments attached to it.

The stones that drop in Alluvion Skirmish are named in a way that indicates what sort of augment they will grant: