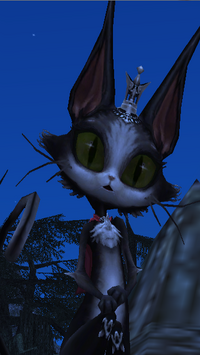 In Scottish Gaelic, Naoi is the cardinal number nine.

Retrieved from "https://ffxiclopedia.fandom.com/wiki/Cait_Sith_Naoi?oldid=1673709"
Community content is available under CC-BY-SA unless otherwise noted.