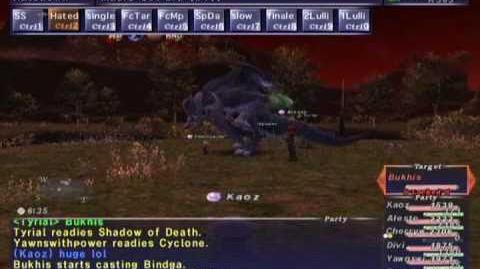 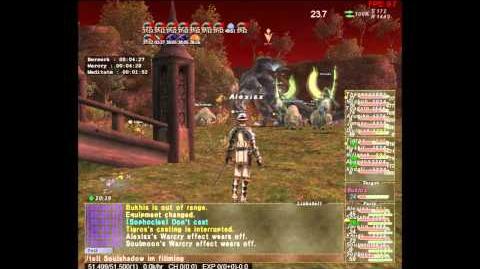 In Egyptian mythology, Bakha (also spelt Bakh, Buchis, and Bukhis) was the manifestation of the a deification of Ka (power/life-force) of the war god Menthu, worshipped in the region of Hermonthis. The name is simply Ba-Kha, which is a reference to the Ba and Akh (Akh is sometimes referred to as Khu), the components into which the Ka was split, after death (a characteristic of war). As Ka is also the Egyptian word for cattle, Bakha was said to manifest in a living bull, which, since Bakha was an aspect of a war-god, was said to be a wild bull, since these are aggressive when slightly provoked.

A wild bull was chosen and said to be the Bukhis incarnation of Menthu, in which role it was worshipped as such. Over time, the criteria for choosing the bull became more rigid, fixing themselves on what had been simply the general appearance of bulls in the region, being a white body and black face.

When these bulls, or their mothers, died, they were mummified, and placed in a special cemetery known as the Bucheum. The mothers of these bulls were considered aspects of Hathor, the mother of these deities.

Eventually, the Bakha was identified as a form of the Apis, and consequently became considered an incarnation of Osiris. The last burial of a Buchis bull in the Bucheum at Hermonthis occurred in 340 A.D. The worship of the bull in this form lasted until about 362 AD, when it was destroyed by rising Christianity in the Roman empire.

Retrieved from "https://ffxiclopedia.fandom.com/wiki/Bukhis?oldid=1724890"
Community content is available under CC-BY-SA unless otherwise noted.