First Guide made for Blue Mage Cleaving! Feel free to edit this all you like. (As long as you have information relevant to this guide/no fake/unproven info please put that on the talk page)

Cleaving as BLU can help get Time Extensions, Cruor, Empyrean Armor Feet, Key Items, or Trial of the Magians Trials with little work/effort if done right. Lights need to be gained to make the desired box drop as with any attempt at box farming See Abyssea Lights for further details.

As for spells that you set:

You can add other spells or take away the ones you don't need to set traits based on what you’re doing.

using these extra spells can help success of your cleave attempt

Only usable while under the effect of Unbridled Learning. (5-min recast):

Use Atma of the Lion, Atma of the Ultimate and Atma of the Minikin Monstrosity. If you don't mind losing refresh you can replace MM with Atma of the Blinding Horn for more damage on your whiskers.

As for how you do it and what spells you use:

One of the most important things is to set your subjob to Red Mage. This will allow you to cast Phalanx, Stoneskin and most importantly Aquaveil (spell interruption down).

This Video shows a blue mage "Cleaving" Tauri-type mobs for a trial however this will work with any mob you decide to kill/farm. 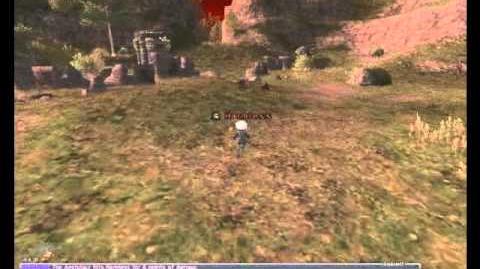 If you are having issues soloing I'd recommend finding a balance between keeping MP up and taking little dmg. OR do a ton of damage then rest MP. w/e works for you. Plenilune Embrace and Magic Fruit are great for healing. Cocoon/Plasma Charge add extra defense (I use one or the other personally every run) (Stoneskin and Aquaveil are vitally important) Another idea would be pulling weaker/less mobs. (try till you find what works best for you.)

if another BLU/party is cleaving one camp move to another (Different mobs/spot) and vice versa no need to crowd each other out of a camp. its bad for the run/exp/cruor/lights and time and makes enemies fast. (some people make money cleaving as BLU and won’t take kindly to losing their camp with paying customers standing around) DO NOT TRY TO STRONG ARM!

Retrieved from "https://ffxiclopedia.fandom.com/wiki/Blue_Mage_Cleave_Guide?oldid=1445210"
Community content is available under CC-BY-SA unless otherwise noted.