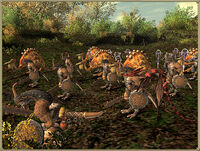 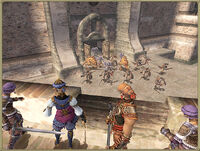 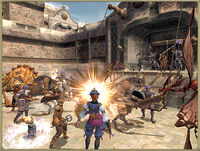 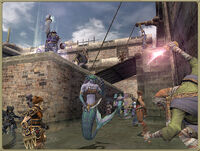 To determine your server's current standing, talk to one of the Imperial Gate Guards and tell him, "I have some questions..." about "Besieged." and the "Empire's Current State of Defense."


If your server just recently lost besieged, click the discussion tab and post that loss under the "Server Losses" section.

As of March 31st, 2007, Lakshmi and Siren are the only 2 servers to remain undefeated in Besieged.

Retrieved from "https://ffxiclopedia.fandom.com/wiki/Besieged_Server_Records?oldid=224636"
Community content is available under CC-BY-SA unless otherwise noted.