Baba-Yaga is a witch in Slavic folklore. She flies around on a giant mortar or broomstick, kidnaps (and presumably eats) small children, and lives in a hut which stands on chicken legs. In most Slavic folk tales she is portrayed as an antagonist; however, some characters in other mythological folk stories have been known to seek her out for her wisdom, and she has been known on occasion to offer guidance to lost souls, although this is seen as rare. Baba-Yaga is also a character from the Quest for Glory series. 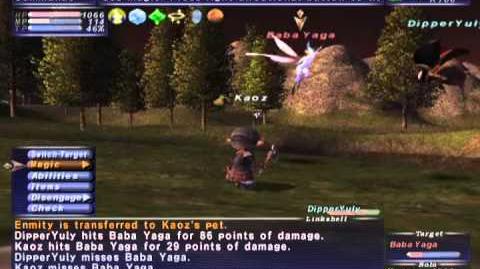