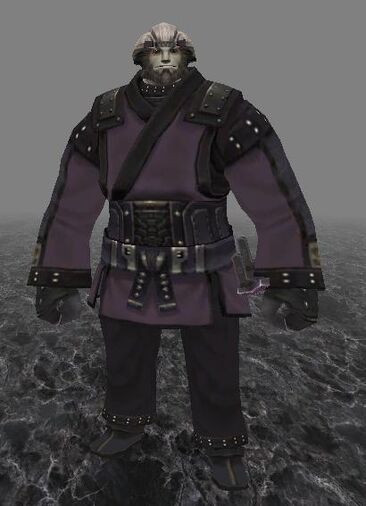 This is the Arhat's armor set. See Arhat's Gi +1 Set for the HQ version.

In the sramanic traditions of ancient India (most notably those of Mahavira and Gautama Buddha) arhat (Sanskrit) or arahant (Pali) signified a spiritual practitioner who had—to use an expression common in the tipitaka—"laid down the burden"—and realised the goal of nirvana, the culmination of the spiritual life (brahmacarya). Such a person, having removed all causes for future becoming, is not reborn after biological death into any samsaric realm.