Start a Wiki
watch 02:38
The Loop (Games)
Do you like this video?
For the Trust Magic version of this NPC, see Trust: Areuhat. 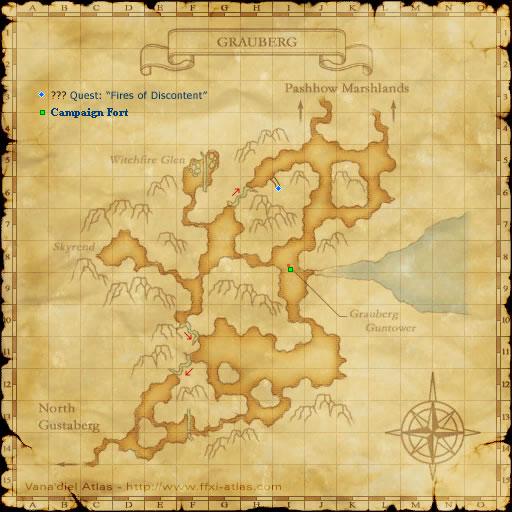 Many have seen this fair young Elvaan maid walking undeterred amongst the now hostile-wostile grounds of Grauberg. All who gaze upon her tell of her godlike aura and stunning beauty. Word has it that she is of frail constitution, and grants her favor on those gracious enough to spare her medicines. I myself went and bestowed such gifts upon her, and can attest to the truth of itaru. She is also known to dote upon those who take up the defense of her Grauberg. Some of her more fanatic-watic fans are said to be providing her with an enormous quantity of a certain item... When her loyalties are won, the men speak of a giant wyrm which takes to the battlefield! Such heated talk--no doubt itaru would be wise to mind the heroism gauge should you want to catch a glimpse for yourself.

Trade her medicines.
If you have completed the quest Beast from the East, she will accept shell bugs for trade and these will also influence her. It's also possible that these have more influential value than medicines.
"Is this...a shell bug!? For me!? It would seem these lands may still hold some allure yet. Very well, I accept your offering. You truly are a righteous soul, (Player's name). That you are willing to continue to show such devoutness even now, when not called for... It moves me, deeply. You have earned my respect, and my hand. And you shall have them both!

"So this is one of these "cities" I've heard so much of, is it? Hmph. Seems to be nothing more than a mass of people crowded into a noisy, confined space."

Retrieved from "https://ffxiclopedia.fandom.com/wiki/Areuhat?oldid=1673404"
Community content is available under CC-BY-SA unless otherwise noted.