Pair up 8 male and 8 female Lebros Apkallu based on what they say to you. You can win this mission by correctly matching as few as one pair of Apkallu. For each correct pairing beyond the first, you get additional Assault points upon completion. To end the mission prior to matching all 8 pairs, speak to Rhap Nelhah to make the Rune of Release appear. Note that unlike many other Assaults, this mission has a 15 minute time limit instead of 30. 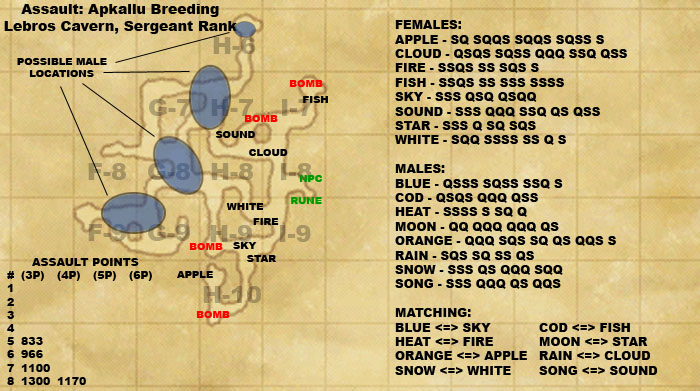