The third step of the Escutcheon questline makes an appearance this month, together with some high-level synthesis recipes of an extreme difficulty level, each producing Superior 3 equipment usable with a new gift being introduced!

On the battlefront, the monthly changes to Ambuscade are available, the Ark Angel TT has been added to the alter ego lineup, and there are various other adjustments including some changes to puppetmasters and bards!

* Players must complete the Records of Eminence objective “First Step Forward” in order to accept the quest.
In the course of proceeding with the quest, players will no longer be able to purchase gold screws and camphor, and will instead of able to purchase platinum screws and sequoia materials.
Players must trade one of the following items to Mewk Chorosap in Port Jeuno (G-8) in order to receive the quest. 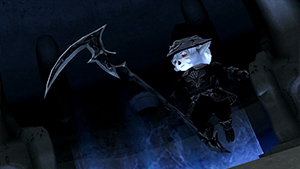 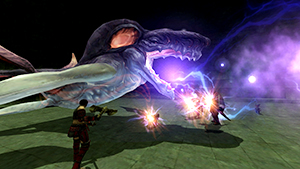 * They will continue to cast Aspir at the same pre-update frequency when below 25% MP.

Read on for information about this new gift. (nothing to read on as yet :( )

This equipment may be traded or auctioned off.

* Some of the recipes require key items obtained in the course of the Escutcheon questline.

* These changes are text-only; no changes to the items’ functionality or attribute values have been made.

* This equipment is for cosmetic purposes only.