New routes containing normal monsters have been added to Omen!

Further combat adjustments include a rebalancing of enfeebling magic, songs, and geomancy colures in addition to a rebalancing of monster attributes in line with that change. Two new quests have also been added: one to create new synthesis guild equipment known as Escutcheons and one that provides another look in post-mission Adoulin via Records of Eminence!

Read on for details! 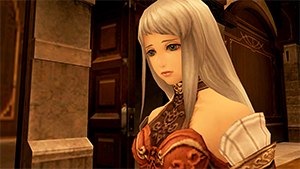 Players must speak with Ploh Trishbahk in Eastern Adoulin (K-9) after meeting the following prerequisites to receive the quest.

Escutcheons are shields jointly developed by synthesis guilds and the inventor's coalition which draw forth the true craftsmanship skills of players.
Escutcheons are improved by meeting objectives laid out by each guild's guildmaster.
* Completing the escutcheon upgrade process requires the player to see the questline out to its end; the questline will be rolled out in future version updates.
* Players cannot forfeit their corresponding guild rank while the upgrade in is progress.

Players must speak to Mewk Chorosap in Port Jeuno (G-8) once they have achieved a rank of Expert or above in any guild skill other than fishing.

Craftsman's crystals are new items required for upgrading escutcheons, and can be earned by trading an escutcheon that has reached 100% craftsmanship to the requisite guild master. An escutcheon's craftsmanship increases when a synthesis or the corresponding skill is performed while the shield is equipped.
* Craftsmanship will decrease by a certain amount when the shield is traded, but players will be able to improve it again to receive more crystals.

Materials used to upgrade escutcheons may be purchased in exchange for craftsman points. Craftsman points are earned by using analysis crystals to perform a "quality value" synthesis and delivering the item to the appropriate guild. Analysis crystals can be purchased in exchange for guild points by players whose skill is expert or above. "Quality value" is a figure that represents the quality of an item synthesized using various synthesis sets and is affected by item quality and required synthesis skill rank.

Synthesis set recipes may be checked at and delivered to the following NPCs.

An additional option has been added when examining the ethereal ingress in the second area. Selecting this option will send you along a route where mini-bosses do not appear.

The following individual adjustments have been made.

The effect of Pain Sync has been decreased and the NM will no longer use it in quick succession. In lieu of this, the NM will use Winds of Promyvion more frequently.

The duration of the bind effect of View Sync has been decreased. 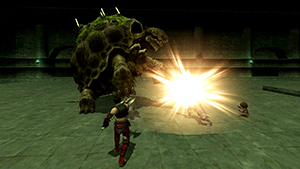 * The overall strength of Honor March is still increased due to change in the base value of the song.

The chance for elemental damage to occasionally be absorbed through the effects of the Song+ attribute on the corresponding Elemental Carol II has been increased.

* The exchange will net you one dozen crystals.
* A synthesis rate of Expert is required to purchase these items.

This argument displays the recast timer for the chosen ability or magic.
Ex.: <recast=Provoke>

*This issue may be completed by unsetting and then re-setting the objectives.

Retrieved from "https://ffxiclopedia.fandom.com/wiki/2017_-_(02/10/2017)_The_February_Version_Update_Has_Arrived!?oldid=1564157"
Community content is available under CC-BY-SA unless otherwise noted.